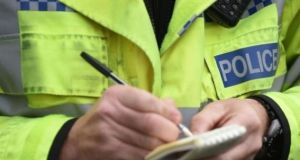 Young people are being “used” to carry out “orchestrated” petrol bomb attacks on police in Derry, the Police Service of Northern Ireland (PSNI) has said. File photograph: Joe Giddens/PA Wire

Young people are being “used” to carry out “orchestrated” petrol bomb attacks on police in Derry, the Police Service of Northern Ireland (PSNI) has said.

Last night 24 petrol bombs and six paint bombs were thrown near the city walls and police were attacked by between 30-40 youths throwing missiles, including bricks and bottles, in a third night of disorder in the Bogside area.

A small barricade was also erected and set on fire on Fahan Street, and a laser pen was shone at a PSNI helicopter, which the police said endangered both crew and residents.

PSNI Superintendent Gordon McCalmont said some of those involved were “extremely young teenagers.”

“I have no doubt that this disorder is being orchestrated by much older people and that these youths are being used to attack police and significant symbolic sites around our City Walls.

“I would urge those young people to pull back from this behaviour and I would also ask those with influence within our community to use that influence positively and help dissuade young people from participating in public disorder.

“It must be made clear to them that they are risking their safety and that of others, as well as running the risk of a criminal conviction which could have a long lasting impact on their future prospects.

We have gathered a significant amount of evidence over recent days and I am confident that arrests will follow,” he said.

“Tragically in recent months we have witnessed what can unfold in a riot situation,” he said.

He added that residents in the Bogside were “completely opposed” to the violence and that with bonfires traditionally due to be lit on 15th August there was concern it could continue.

The disturbances began on Saturday evening, when two petrol bombs were thrown at the Apprentice Boys’ Memorial Hall on the city walls from the Bogside. Police who responded were then attacked with petrol bombs.

Earlier on Saturday and Apprentice Boys parade through the city sparked controversy after a flute band wore the emblem of the British army’s Parachute Regiment and a letter F - in reference to Soldier F, the former soldier who is facing charges of murder and attempted murder in connection with Bloody Sunday in Derry in 1972.

The incident is now being investigated by police.