Weekend crowds at Wexford beaches beyond ‘all previous numbers’

County council ‘indebted’ to Garda for support after 7,000 visit Curracloe Beach on one day 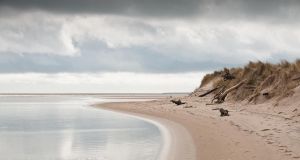 More than 7,000 people visited Curracloe Beach on Saturday, according to Wexford County Council.

The local authority said crowds gathered at beaches such as Ballymoney, Courtown, Morriscastle, Rosslare Strand and Duncannon over the weekend exceeded “all previous numbers”.

“During the weekend Wexford County Council issued a number of messages via radio, Twitter, etc appealing to residents and visitors to refrain from visiting the main beaches where possible as the crowds on the beaches made social distancing impossible, and in addition, we had traffic problems on the approach roads due to sheer volumes,” a spokesman for the council said.

“We are indebted to An Garda Síochána who co-operated closely with us and provided considerable assistance to us in managing the associated traffic throughout the weekend.”