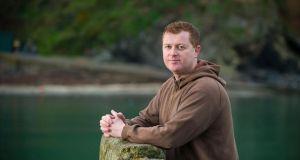 The satirical website Waterford Whispers News has removed an article about businessman Denis O’Brien from its site, following a threat of legal action from solicitors representing him.

The article on the site focused on the awarding of the State’s second mobile phone licence to Mr O’Brien and the findings of the Moriarty tribunal in relation to his dealings with the then minister for communications Michael Lowry.

The article was accompanied by a digitally altered image of Mr O’Brien.

Colm Williamson, editor of Waterford Whispers News, tweeted an image of a letter received from Meagher Solicitors, marked private and confidential, and which was addressed to the website’s publishers Whispers Media Ltd.

The letter added the article “is a malicious and deliberate defamation of the most serious kind”, and demanded it be removed from the website and all social media platforms by 6pm on Thursday.

Failure to comply, the solicitors said, would lead them to “take all necessary steps to vindicate our client’s good name and reputation”.

Neither Mr Williamson nor Mr O’Brien’s spokesman could be reached for comment.

Mr O’Brien is currently suing the Oireachtas Committee on Procedure and Privileges, accusing it of interfering with the courts and breaching his Constitutional rights.

He took the action after the committee ruled that Independent TD Catherine Murphy and Sinn Féin TD Pearse Doherty did not abuse Dáil privilege when they made claims about his banking arrangements with the IBRC in the Dáil chamber.