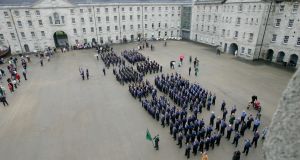 Scouting Ireland’s handling of a rape allegation during a camping trip eight years ago was “deeply flawed”, according to a confidential report.

In a report completed in January, Ian Elliott, an expert child safeguarding consultant, raised serious concerns about standards within the organisation and called for a change in culture.

He said he had not considered Scouting Ireland “a safe organisation” after he began his inquiry last year, but he said he had been “heartened by the apparent willingness to change” as his inquiry continued, according to minutes.

Scouting Ireland, which has 40,000 juvenile members and 13,000 adult volunteers, intends to appoint an independent investigator to examine the actions of individuals in the handling of the complaint.

An 18-year-old female scout leader claimed to Scouting Ireland in 2016 that she had been raped by a male leader during a scout camping trip held in 2009.

The male volunteer was asked voluntarily to step aside. He was formally suspended in October 2016. A Garda investigation was held. He was reinstated after the Director of Public Prosecutions decided not to prosecute.

Saying he had found “urgent” gaps in child protection policy within Scouting Ireland, Mr Elliott, who formerly led the Catholic Church’s National Board for Safeguarding Children, said “examination of past practice” had brought “to light areas of bad management and wrongdoing” by some senior volunteers.

“It is recommended that these should be reviewed with the intention of holding those people involved to account for what they have done,” said Mr Elliott in a January 11th report. “Practices such as lobbying on behalf of an accused person must be eliminated. Refusing to divulge and record the content of important conversations with subjects of complaint cannot be tolerated,” he said. In addition to the rape allegation, Mr Elliot said he “read 20-plus case files” and carried out over 160 hours of interviews with people in the organisation, but no information was given about any other case.

During discussions over two board meetings in January, directors described lobbying on behalf of anyone facing an allegation as “gross misconduct” that could lead to “huge reputational and financial risk” to Scouting Ireland.

In future, any member of the organisation who faces allegations will be subject “to suspension without prejudice” and a notice to this effect is to be sent shortly to the membership.

Scouting Ireland chief executive John Lawlor strongly defended the organisation, saying “the safety and protection of all our members and volunteers is of paramount importance to us”. Responding to questions on the handling of the complaint, Dr Lawlor said “safeguarding procedures were implemented in Scouting Ireland before it was legally required”.

“These obligations are strictly observed,” he added.

Scouting Ireland has already begun to act on Mr Elliott’s recommendations: new systems have been put in place to store documents, and work on drafting new policy rules is under way.