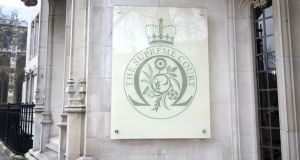 Northern Ireland’s abortion law is forcing vulnerable women and girls to go through “physical and mental torture”, the supreme court in London has heard.

The court on Tuesday began hearing an application from the Northern Ireland Human Rights Commission (NIHRC), which argues that criminalisation of abortion, even in the case of rape, incest and fatal foetal abnormality, is incompatible with the European Convention on Human Rights (ECHR).

Nathalie Lieven QC argued on behalf of the commission that the abortion law discriminates against women and girls on the grounds of their sex and was an unjustified breach of their right to personal autonomy. She said it was also in breach of Article 3 of the ECHR, which forbids torture and “inhuman or degrading” treatment or punishment.

She said the law criminalises “exceptionally vulnerable” women and girls, causing “trauma and humiliation” at the moment of their greatest vulnerability.

“The impact of the criminal law in Northern Ireland does amount to inhuman and degrading treatment by the state,” she said.

Ms Lieven began by recounting the experience of a number of women in Northern Ireland who were refused an abortion when they discovered that the foetus was suffering from a fatal abnormality. Ashleigh Topley learned after she was pregnant for four and a half months that her baby’s limbs had stopped growing and that the baby was going to die.

She had to continue the pregnancy for a further 15 weeks and the baby died before she went into labour at 35 weeks.

“In the case of pregnancies involving a serious foetal abnormality, they are carrying a foetus with a serious, and often fatal, abnormality to term, knowing that it may not survive at all, or for long - or that if it does survive it will be left with serious disabilities. In the case of a fatal foetal abnormality, they must carry to term a foetus that, by definition, cannot survive independently and may, by the time of delivery, be dead,” Ms Lieven said.

She added that, because such abnormalities are typically not discovered until the standard, 20-week scan, it is often too late for such women to travel to England where abortion is available up to 24 weeks.

Ms Lieven also described the experience of a girl under the age of 13 who became pregnant as a result of sexual abuse by a relative and who was refused an abortion in Northern Ireland.

She said that Article 3 of the ECHR is an absolute right, so that no defence can be used to justify its breach and nothing can be put in the balance.

“The existence of a potentially viable foetus is irrelevant to Article 3,” she said.

Ms Lieven cited the case Ireland took against the UK in 1978, when the European Court of Human Rights found that the interrogation techniques used on some prisoners in Northern Ireland were in breach of Article 3 of the ECHR. In that case, the British government argued that the use of torture was justified because the IRA represented a threat to the state itself.

In another case, the court found that German police were not justified in threatening a suspect with torture in an effort to save the life of a child he had kidnapped.

Britain’s 1967 Abortion Act does not extend to Northern Ireland, where abortion is illegal except where a woman’s life is at risk or there is a permanent or serious danger to her mental or physical health.

The High Court in Belfast ruled two years ago that the law was incompatible with Article 8 of the ECHR, but that decision was overturned in June this year on appeal.

Attorney General John Larkin QC, with the Justice Department, oppose the NIHRC’s application for a judicial review. The case continues at the supreme court in London until Thursday.