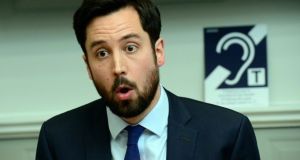 Hopes of finding a resolution to the long running Cork city boundary dispute have hit a roadblock and the issue may end up in Dáil Éireann after members of Cork County Council voted to reject a deal on the city expansion agreed between Cork City and Cork County Council management teams.

The IOG, which was set up by Minister for Local Government Eoghan Murphy, then recommended acceptance of this compromise boundary to the Minister and the Cabinet subsequently approved it on December 12th with Mr Murphy announcing details of the approval.

Mr Murphy said he was open to using the statutory procedures of Part V of the Local Government Act 1991 if the local authorities could confirm agreement using this approach but failing this, he would then bring forward primary legislation before the Dáil to approve the extension.

But Mr Murphy’s hope of using Part V of the Act to sign a ministerial order to approve the compromise boundary looks doomed after Cork County Council voted to reject the deal by 28 to 5.

County councillors had sought access to legal advice obtained by the council from senior counsel Michael McDowell, who pointed out that the Mackinnon Local Government Review, which advocated two separate authorities and a city expansion, was not set up on a statutory basis.

According to informed sources, this would mean any boundary extension based on Mackinnon or any recommendation from the IOG set up on foot of Mackinnon would be open to possible legal challenge if Mr Murphy was to implement a recommendation by way of ministerial order.

The sources say the only way Mr Murphy can implement the proposed compromise boundary using Part V of the Local Government Act without it being open to legal challenge is if it implemented by agreement between the two local authorities using a Section 29 process.

Alternatively, Mr Murphy could seed to introduce the compromise boundary through primary legislation but this would require Dáil backing and several Cork Fianna Fáil TDs have already expressed reservations about the larger Mackinnon extension.

Cork County Council issued a statement in the wake of the vote on Friday to reject the compromise boundary (Fine Gael, Fianna Fáil and several Independents voted for rejection while Sinn Féin voted to accept the deal) in which it offered another option to reach a new agreement.

In the statement, Mayor of Cork County, Cllr Declan Hurley, said he would contact the Lord Mayor of Cork, Cllr Tony Fitzgerald, with a view to getting an agreement as soon as possible on a boundary extension which would allow Minister Murphy approve it via Part V of the Local Government Act.

“This is a real opportunity for the political bodies across the two councils to work together in a meaningful and constructive manner to resolve outstanding issues over the coming weeks,” he said adding he was confident a deal could be done to bring an agreed boundary proposal to the Minister.

According to informed county council sources, the best chance of reaching an agreement revolves around Blarney and Tower being excluded from the compromise expansion even though the concession of Ballincollig, Cork Airport and Glanmire may also be difficult to sell to county councillors.

“All of which was a bit bizarre because there’s no great commercial rate revenue from Blarney and Tower and even in population terms, a deal could still be done without them which would bring the city population up to the magical figure of 200,000 which is a big issue for the city.”