National Parks and Wildlife Service correspondence reveals ‘major concerns’ in upgrade of N59 from Maam Cross to Clifden, which has been approved by An Bord Pleanála 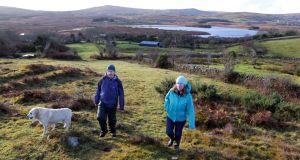 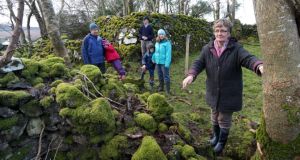 Mildred Joyce in a section of the deserted famine village close to where the proposed N59 will be built on her land at Glengowla. Photograph: Joe O’Shaughnessy 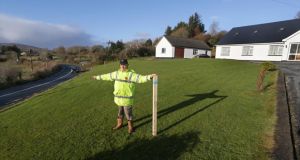 Martin Joyce in his front lawn where it is proposed to build the N59 at Glengowla. Photograph: Joe O’Shaughnessy

National Parks and Wildlife Service (NPWS) experts and consultants have expressed “major concerns” about a Connemara roadway scheme that was given Bord Pleanála approval before the design was fully prepared.

Correspondence obtained by residents living on the N59 Galway-to-Clifden road, which has been seen by The Irish Times, highlights fears that a planned upgrade of the route will threaten one of the world’s most significant populations of endangered freshwater pearl mussel Margaritifera margaritifera.

The impact of the scheme will split farms in Glengowla, outside Oughterard. It will also have an impact on local archaeology and on the Owenriff river catchment, which includes one of Europe’s oldest trout hatcheries at Oughterard, according to residents and the Carra-Mask Anglers Association.

Residents say they had been told it was to be an upgrade of the existing route and found out latterly that a new route would be built through their land, for which compulsory purchase orders have been issued.

The correspondence includes concerns outlined by NPWS ecologist Dr Áine O’Connor about risks to the freshwater pearl mussel, the Owenriff catchment and lake habitats. Proposed sections of the upgrade should be “carefully reconsidered . . . [the] lack of clarity on exactly what is planned, where and when, is the biggest challenge at this point in time”, she wrote in an email to colleagues at the Department of Arts, Heritage and the Gaeltacht in June 2014, six months after the scheme was approved.

The board’s approval is conditional on NPWS agreement of details, but independent ecologist Dr Evelyn Moorkens, an expert on the freshwater pearl mussel, had warned the NPWS that planning permission could not be legally granted in the way that has occurred.

The absence before approval of a final design and detailed mitigation measures constituted a “lacuna” under the EU habitats directive , which had been criticised in previous European Court of Justice rulings, she noted in a letter also obtained by Glengowla residents.

Forester and farmer John Geoghegan, who lives in Glengowla, believes the road route was changed to facilitate the greenway in his area, as it cannot follow the old railway route at this point.

He said that he would welcome a greenway through his land, as it would have far less impact than the planned motor route. His land borders on a pre-Famine clachán village listed in the mid-19th-century Griffith’s Valuation.

Galway County Council denied that the “alignment” was connected to facilitating the greenway route, and said the new route was chosen for safety reasons to avoid 11 housing exits. It added that approval is conditional on liaising with the NPWS and having archaeological and ecological expertise on site during construction.

The NRA declined to comment on the scheme, as did An Bord Pleanála.