Members of judiciary ‘extremely disappointed’ after comments in Dáil about Whelan 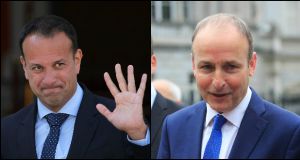 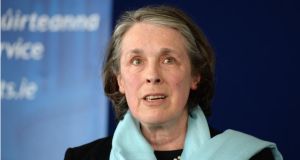 Chief Justice Susan Denham: she said there must be distance between each arm of government and that members of the judiciary are not expected to get involved in controversy. Photograph: Dara Mac Dónaill

Chief Justice Susan Denham gave a pointed reminder on the separation of powers between the branches of government as the controversy over Ms Whelan’s appointment to the Court of Appeal continued.

Legal sources said the comments were aimed at Mr Martin in particular, and The Irish Times also understands that Leinster House authorities considered taking action against the Fianna Fáil leader but decided against doing so.

Other senior members of the judiciary are also “extremely disappointed” by Mr Martin’s personal attack on Ms Whelan, in particular.

“It’s a dangerous road and the hair always stands on end when you hear these things coming from Leinster House,” one High Court judge told The Irish Times, adding there is anger among those who were for and against Ms Whelan’s appointment. “It is extremely disappointing.”

Ceann Comhairle Seán O’Feaghaíl said he was “super sensitive to the separation of powers”.

Criticising judges on the floor of the Dáil about the fulfilment of their role is not allowed under Oireachtas rules, but it was decided that Mr Martin was only responding to comments from Mr Varadkar.

In testy Dáil exchanges this week, Mr Martin disparagingly compared Ms Whelan to others who had been appointed by previous governments.

Although she did not name either Mr Varadkar or Mr Martin, Ms Justice Denham used welcoming remarks for Séamus Woulfe SC, Ms Whelan’s replacement as Attorney General, to deliver her warning.

Ms Justice Denham said there must be distance between each arm of government and that members of the judiciary are not expected to get involved in controversy.

“The separation of powers in the State means that each great organ of State has its own specific powers,” she said. “It is a system of checks and balances and inevitably the courts make decisions on the actions of other branches of government. Consequently, it is necessary that there be some distance between the branches.”