Kitty Holland interviewed a young woman who was refused an abortion and later had her pregnancy delivered by Caesarean section under the terms of the Protection of Life During Pregnancy Act. She discusses the implications and the questions it raises. 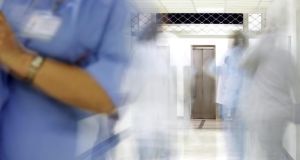 “When I came to this country I thought I could forget suffering... The doctors told me I could get an abortion but I didn’t get help. The scar [from the C-section] will never go away. It will always be a reminder. I still suffer. I don’t know if what has happened to me is normal.”

The young woman who was refused an abortion and later had her pregnancy delivered by Caesarean section, has spoken of her attempt to take her own life when she was 16 weeks pregnant.

She says she was a victim of rape before she came to Ireland earlier this year and she found out she was pregnant during a medical check soon after. In an interview with The Irish Times she says she immediately expressed her desire to die rather than bear her rapist’s child, when she was eight weeks and four days pregnant.

She was admitted to hospital last month expressing suicidal ideation at 24 weeks pregnant. She was initially told she could not have an abortion as the pregnancy was too far progressed.

She says she was then told she would have the abortion, but was later told in fact the only option open to her was a Caesarean section.

“They said the pregnancy was too far. It was going to have to be a Caesarean section... They said, wherever you go in the world, the United States, anywhere, at this point it has to be a Caesarean,” she said. She felt she didn’t have a choice.

The section was performed on her earlier this month. She was discharged a week later and is receiving psychiatric care in the community. The baby, whom she has not had contact with, remains in hospital.

Looking very thin, fragile and about four years younger than her age, she said she attempted to take her own life at 16 weeks pregnant, when told the costs of travelling to Britain for an abortion could be as high as €1,500.

“In my culture it is a great shame to be pregnant if not married,” the young woman remarks. She says she returned to the place where she lives on being told of the costs of travelling to England by a counsellor at the Irish Family Planning Association. She says she attempted to take her own life but was disturbed by someone.

She was not assessed for her suicidality under the Protection of Life During Pregnancy Act until she went to see a GP last month, who referred her on to a hospital psychiatrist.

The director general of the Health Service Executive has requested that a report be completed for him that establishes all of the facts surrounding the care given to the woman. The report is expected to be completed by the end of September.

“Through the Report the Director General will seek to establish the full facts surrounding the matter, the sequence of events, the care given to the woman involved, the operation of the 2013 Act and any learnings that can be gleaned from the case,” the HSE said in a statement.