Vitamin D tablets may protect against colds and flu 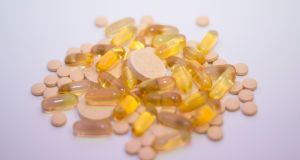 More than three million people in the UK could stave off infections such as colds or flu every year if everyone took Vitamin D supplements, experts have said.

A new study has found that taking the supplements protects against acute respiratory infections.

Vitamin D supplements have been a hot topic in medical circles in recent years, with some experts arguing that their usefulness remains uncertain.

However, health officials say that vitamin D is vital for bone and muscle health.

Last year, Public Health England said that people were generally not getting the recommended 10 micrograms of vitamin D a day during winter.

The latest new study, published in The BMJ, suggests that taking vitamin D - also known as the sunshine vitamin - may have benefits beyond bone and muscle health and protects against acute respiratory infections.

The results fit with the observation that colds and flu are most common during winter and spring, when levels of vitamin D are at their lowest.

Respiratory tract infections are any infection of the sinuses, throat, airways or lungs. They can last up to 30 days.

The common cold is the most widespread respiratory tract infection. Others include ear infections, bronchitis and pneumonia.

At least 70 per cent of the UK’s population gets at least one acute respiratory infection every year.

And about one-quarter of the UK population will visit the GP each year to get treatment for the infections.

Acute respiratory infections lead to 300,000 hospital admissions and 35,000 deaths across the UK every year.

The new research, led by academics from Queen Mary University of London (QMUL), analysed data from almost 11,000 participants aged up to 95, who took part in 25 clinical trials conducted in 14 countries, including the UK.

The study concluded that supplements can help prevent acute respiratory tract infections, particularly among those who are deficient in vitamin D.

After adjustments for other potentially influential factors, the researchers found that vitamin D supplementation cut the proportion of participants experiencing at least one acute respiratory tract infection by 12 per cent.

Micheál Martin brings to an end one of the shortest ministries in history of State 02:30
Taoiseach sacks Barry Cowen after he refuses to resign 02:29
Access to mortgage-to-rent scheme may be widened 02:23
Irish-based scientists find new link between delirium and brain energy disruption 02:00
Chilean student ‘happy to be free’ after being detained for nearly two weeks in Mountjoy 00:05