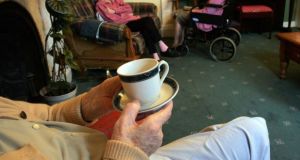 The Minister for Health Simon Harris has been asked to investigate claims of neglect involving a nursing home resident with “seriously infected and possibly infested wounds.”

Sage Advocacy, a support group for vulnerable adults, has written to Mr Harris requesting an investigation into the case of the resident and “the adequacy of response by statutory agencies.”

The group disclosed details of the case in a submission to the Covid-19 nursing home expert panel which is reviewing the response to the pandemic in care facilities.

It raised the case in arguing that it was not clear who is responsible for clinical care in nursing homes and there were no Health Information and Quality Authority regulatory standards for the level and skills of nursing care, clinical governance and level of medical cover in many homes.

The group said that the significance of these points was “reinforced most graphically” in recent days when it had to send a fourth “Notice of Care” to Hiqa, the State’s health service watchdog, over the care of the unnamed resident.

It said in the submission that the person had “seriously infected (and possibly infested) wounds relating to a medical condition and other evidence of neglect.”

“We sought the intervention of the HSE who were able to pursue the issue because the person concerned was transferred to an acute hospital,” said Sage in its submission.

“However, neither Hiqa or the HSE seemed able to effectively intervene in the nursing home to investigate such a situation and ensure that all other residents are safeguarded.”

A spokesman for Hiqa said that it was aware of the information in the Sage submission and had engaged with both the care provider and staff at Connolly Hospital in Blanchardstown, Dublin, where the individual is being treated, about the care of the person.

Hiqa had carried out an inspection of the nursing home on June 4th and that this inspection report would be published, the spokesman said.

Sage previously told the Oireachtas committee examining the pandemic response that there was a “significant blind spot” at statutory level in the case of elderly people and that there were “systemic weaknesses” in the outsourced system of care for the elderly.

The Department of Health said the correspondence had been received and is under consideration.