Hospital sent patient back to nursing home during outbreak 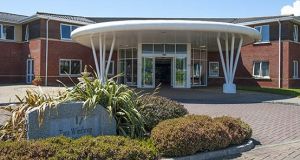 A sick resident at a Co Dublin nursing home who was sent to a hospital at the height of a Covid-19 outbreak, was sent back because they did not meet admissions criteria, correspondence shows.

A letter released by the Health Service Executive details desperate attempts by Tara Winthrop Private Clinic in Swords, one of the worst-hit nursing homes during the first months of the coronavirus pandemic, to seek urgent replacements for ill staff, more personal protective equipment (PPE) and urgent testing for staff and residents.

The letter, sent to then minister for health Simon Harris in early April as the home battled an outbreak, was released to The Irish Times under the Freedom of Information Act.

The correspondence followed two earlier pleas for help to Mr Harris on the weekend of March 20th-21st, which were disclosed by this newspaper earlier this month, and again on April 1st. Some 18 confirmed and five suspected Covid-19 deaths were recorded at the 140-bed facility.

The nursing home emailed Mr Harris on April 3rd to “again appeal for your urgent intervention and assistance” as it was struggling to cope with the outbreak. It set out under various headings the emergency it was facing as “front line feedback from a nursing home in crisis”.

The email was sent as a follow-up to an April 1st letter to Mr Harris in which the home described its situation as “extremely critical” with close to 50 per cent of residents showing Covid-19 symptoms.

The private care home warned the minister in that letter that if it did not receive immediate support, it could not provide safe working conditions for staff or necessary care for residents and would “have no choice but to transfer residents to an acute hospital (as has been requested a number of times)”.

In the April 3rd email, the home gave an update on Covid-19 deaths and cases, and complained that many frontline staff were out sick and “waiting for swabs and for [Covid-19] test results for many days”.

“It is likely the home has one of the highest clusters [of coronavirus infection] of any nursing home or hospital and we cannot get swabs or results and there appears to be no priority for us. Informed sources tell us that staff and patients in acute hospitals get results the same day.”

The nursing home said it was experiencing a “critical shortage” of PPE and that the quantity of gowns it had received from the HSE would last just hours. It needed 1,050 gowns a day but that “today we got 100 XXL suits!” the home said.

Notwithstanding the replacement staff it received from the HSE and the support from public health officials, the nursing home said it was still “critically short [of staff] and cannot provide safe care to residents”. It had one unit where the rostered nurse was now symptomatic and it had no nurse that night.

“If we don’t find a solution within a few hours, we will have to transfer residents in this unit to an acute hospital,” the home warned.

“One resident who is acutely unwell needed hospital care today and was sent by ambulance to an acute hospital and returned to us one and [a] half hours later having been told that they did not meet admission criteria.”

The nursing home told the minister it was forwarding the letter to then taoiseach Leo Varadkar’s office.

In response to the letter being forwarded, David Walsh, the HSE’s director for community operations, told Kathleen MacLellan, assistant secretary for social care at the Department of Health, that Tara Winthrop was “the most supported private nursing home in the country”.

“The value of support provided to date is in the 10s of thousands of euro. This support will continue in the interests of residents’ safety,” he wrote.

Tara Winthrop has since said that it had “attained the necessary assistance and resources required to ensure the safety of residents and staff.”