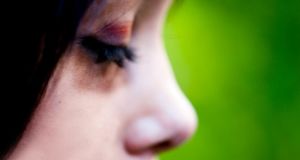 Some 30,000 ‘Say Something’ cards will be delivered to students’ unions across the country over the coming weeks. Photograph: Getty Images

The Union of Students in Ireland has launched an initiative encouraging students to report incidents of sex assaults in the country’s third level institutions.

The ‘Say Something’ card, 30,000 of which will be delivered to students’ unions across the country over the coming weeks, is designed to provide information for students should they find they have been subjected to sexual violence or assault.

First-year students living in accommodation at Trinity Hall in Dartry, Co Dublin, will be expected to attend the sexual consent workshops from September.

The debate surrounding the issue of sexual consent follows the findings of a previous survey conducted by the TCD’s student’ union on sexual experiences which found that 25 per cent of women who responded had a non-consensual sexual experience, while the number for men was 4.5 per cent.

NUI Galway introduced ‘smart consent’ workshops for some of its students on a pilot basis this academic year. The programme is based on research carried out with the Rape Crisis Network Ireland (RCNI) and it is tasked with designing and piloting materials and procedures for workshops on consenting sex for university students.

Theprogramme was introduced after research showed 25 per cent of female and 6 per cent of male NUI Galway students reported experiencing sexual assault.

The move by TCDSU to introduce mandatory lessons sparked a debate around the issue with Irish Times columnist Fionola Meredith arguing against the introduction of the measure.

“Introducing mandatory lessons on the correct way for students to have sex, whatever their gender, is also a gross overstepping of individual boundaries on the part of the university authorities,” she wrote.

“The people arriving in halls may be young, many of them fresh out of school, but they are nonetheless autonomous adults, responsible for their own choices in life and answerable for the consequences of their actions.

“Requiring them to turn up and be lectured about their private sexual conduct, as an essential condition of their offer of accommodation – even if students have the option of leaving the talk whenever they choose – is both demeaning and infantilising.

“It implies that these adults are incapable of handling their personal interactions without being told exactly what to do and what not to do, just like children. It turns intimacy into a scripted, officially sanctioned interaction with all the joylessness of a brisk business handshake.

“Besides, where is the evidence that it makes any difference?” she asked.

Pointing out that thousands of students from single-sex faith schools would arrive into a culture “built on habitual binge-drinking,” Nolan who herself was the victim of rape, wrote of an “overwhelmingly macho culture” in college.

She asked if her attacker and those who attacked other women might have been deterred by lessons on sexual consent.

“There is a chance, a not insubstantial one, that a pervasive and commonly expressed disgust for such acts would cause a potential rapist to fear social consequences,” she wrote.

The ‘Say Something’ card was developed by USI from research funded by Cosc and the Department of Justice and Equality. This research examined students’ experiences of sexual violence and harassment while in college and found

The survey was completed by 2,590 Irish students and 162 international students. The research shows that 11 per cent of the women who responded noted that they had been subject to unwanted sexual contact.

In addition to that, 5 per cent of women recorded that they were the victims of rape and a further 3 per cent were victims of attempted rape.

In over six in ten cases (61 per cent for women, 68 per cent for men) the perpetrator was believed to be under the influence of alcohol.

“We hope that these statistics will shed new light on the area of violence, including physical and sexual harassment,” said USI president Kevin Donoghue. “We hope this card will be an aid to students who find themselves in the position where they’re victims of violence and don’t know what to do next.

“We want to reverse the culture of victim blaming in Ireland and instead of blaming the victim, we want to help, support and empower them.”