Trial over killing of Celine Cawley was ‘horrific’ for her family 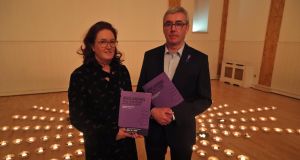 Susanna and Chris Cawley, sister and brother of Celine Cawley who was killed by her husband 10 years ago. Photograph: Colin Keegan, Collins 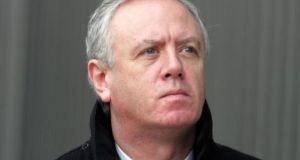 Eamonn Lillis was convicted of manslaughter in 2010 and sentenced to six years and 11 months in prison. With remission, he was released in April 2015. File photograph: Eric Luke

Siblings of Celine Cawley, who was killed by her husband ten years ago at their home in Howth, Co Dublin, have described the criminal trial following her death as “horrific.”

During the trial Celine had been painted as a cold and bossy individual, which was “very difficult,” her sister Susanna said.

“You are absolutely powerless sitting there during a criminal trial, you can’t contradict it, you have no voice, it’s very difficult. But we know what Celine was like, and her wonderful personality,” she said.

She and her brother Chris Cawley were speaking on The Marian Finucane Show on RTÉ Radio One on Saturday.

Celine Cawley was 46 years old when she was killed in 2008, by her husband Eamonn Lillis. She had been a successful businesswoman who ran a television production company. Mr Lillis was convicted of manslaughter by a jury in 2010. The case attracted significant media attention at the time.

He was sentenced to six years and 11 months in prison. With remission, he was released in April 2015.

“The experience is like your family living in a goldfish bowl in the middle of Croke Park with everyone looking in, and with the narrative being fed by the perpetrator’s attempt to mitigate his circumstances,” Chris Cawley said.

“The personally lived experience of that is really really disturbing,” he said.

He said he had to identify his sister’s body for investigating gardaí several hours after she was killed, by being hit over the head with a brick.

“Even ten years on it’s a haunting haunting experience,” he said.

“Having to square that lived reality with a court defence case that’s saying it was only a mistake and someone fell over, it’s an incredibly difficult thing to hold,” he said.

The siblings have called for legal reforms that would prevent those who kill their partners retaining joint assets afterwards. Chris and Susanna were involved in a protracted legal dispute with Mr Lillis, over control of the joint assets held by the couple.

The siblings called for legislation to be introduced so that an individual with joint-assets would be prevented from financially benefiting from the assets if they killed the other joint owner.

In recent weeks, Fianna Fáil justice spokesman Jim O’Callaghan submitted a Private Members Bill in the Dáil to address the legal loophole around inheritance and joint-assets, based on the difficulties highlighted by the Cawley’s case.

Minister for Justice Charlie Flanagan decided not to oppose the legislation, but plans to submit some amendments at committee stage, based on advice from the Attorney General, according to his spokeswoman.

Susanna Cawley said on Saturday she hoped the legislation would be made law, but also said they would be asking for certain amendments to be made to the current Bill.

“We’d like something positive for other people. She [Celine] was that sort of person, she was always the first if someone was running a charitable thing, to say ‘I’ll donate to that’. I think her nature would be that she would very much like us to try and make other people not have the pain that we’ve had,” Susanna said.

Pipe bomb found in Drogheda estate ‘could have killed many’ 10:38
Reform group backs measures to tackle ‘paracetemol injury’ payouts 09:46
Forensic exam to be carried out to establish cause of fire at former Cork convent 09:17
Legislation paves way for pay deal for consultants, public health doctors 08:32
Three men due in court over west Dublin shooting 08:17