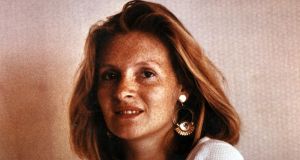 File image of Sophie Toscan du Plantier. It is 20 years since she was killed violently at her home in West Cork

Lawyers for the family of French murder victim Sophie Toscan du Plantier and lawyers for English journalist Ian Bailey – who is sought in France to face a homicide charge – have expressed frustration at the lack of information emerging from the Department of Justice on attempts to extradite Mr Bailey.

Alain Spilliaert, who represents Ms Toscan du Plantier’s parents, Georges and Marguerite Bouniol and her son Pierre Louis Baudey-Vignaud, said the family were growing increasingly frustrated at the lack of information on attempts to bring Mr Bailey to France for trial.

“For the moment we have no indication of what is happening with the European Arrest Warrant – we are going to look for information.

“The decision to send Bailey for trial before the Cours d’Assize in Paris was taken on July 27th last – that’s five months ago.

“The decision was explained in a 45-page document which was very motivated and translated into English – it’s the hands of the ministry of justice in Paris.

“It is supposed to be notified to Ian Bailey, but we have no indication of when this will be done,” he said.

Friday, December 23rd, is the 20th anniversary of Ms Toscan du Plantier’s killing at her holiday home in Toormore, West Cork and, despite an intensive Garda investigation which saw Mr Bailey twice arrested for questioning and released, no one has ever been charged with the killing.

Mr Spilliaert said he and the family hope to meet ministry of justice officials in Paris early in January to try and find out what exactly is happening in the French investigation, which began in 2008 with the appointment of investigating magistrate Judge Patrick Gachon.

News of the development emerged when the campaign group, the Association for the Truth About the Murder of Sophie Toscan du Plantier, issued a statement in which they revealed that France had issued a European Arrest Warrant for Mr Bailey to stand trial in France.

According to the Department of Justice, extradition arrangements within the EU are governed by the European Arrest Warrant Act 2003, and the issue of an EAW is a matter for the judicial authorities of the state concerned and any such warrant received will be dealt with in accordance with the act.

“Under Irish law, the High Court is the executing judicial authority in respect of EAWs received from other member states.

“The department cannot comment on whether a warrant in respect of a particular person has been received,” said the Department of Justice.

Meanwhile, Mr Bailey’s solicitor Frank Buttimer has expressed similar frustration, saying neither he nor his client has received any notification from France that he was to be charged with an offence, while they were equally unaware of whether an EAW had been sent to the Department of Justice.

Mr Buttimer said he wrote to the department in August when he and Mr Bailey became aware, through the media, that the French had issued a second EAW, but the department said they would not be furnishing him any information.

“That’s not satisfactory given that Mr Bailey is now living in trepidation of a knock at the door and the possibility of being arrested again. Similarly we have heard nothing from the French authorities so we really are in the dark at this point as regards this entire process,” said Mr Buttimer.