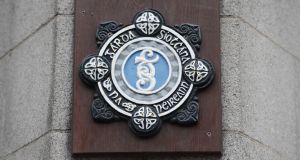 Members of the Garda Representative Association (GRA) have reacted angrily to news that the group’s officials have approved a €200 Christmas bonus for their partners. Photograph: Frank Miller/The Irish Times

Members of the Garda Representative Association (GRA) have reacted angrily to news that the group’s officials have approved a €200 Christmas bonus for their partners.

The officials have been paying their partners a bonus from the organisation’s funds for at least five years.

The payments, which now total at least €30,000, were not known to the rank-and-file members of the force before now.

The central executive committee gathered last week for a scheduled pre-Christmas meeting at which the bonus payments to “spouses and partners” were “approved by consensus”, according to sources.

The payments are likely to put the association’s overall expenditure under scrutiny.

A GRA spokesman confirmed the payments.

“It’s a token of thanks for their support and it recognises the esteem in which they’re held because without them the unpaid executive could not represent the members’ interests.”

The spouses and partners of all 31 members of the executive are entitled to the payment, though a small number were absent from last week’s meeting.

The Irish Times understands the payments, in the form of vouchers, have already been made, though it is unclear if any executive members declined them.

A number of gardaí, speaking on condition of anonymity, said they were very surprised at the payments which had caused anger among many members, who are suffering as a result of reductions in pay, overtime and allowances.

“I think [members] will be shocked by this,” said one garda.

The central executive committee is made up of representatives from each of the Garda divisions and other parts of the force.

All are rank-and-file gardaí as well as performing their GRA duties.