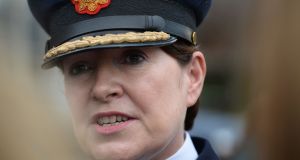 The Government is to move to establish a commission of investigation into allegations that senior gardaí engaged in an orchestrated campaign to discredit a Garda whistleblower.

The Irish Times understands that retired high court judge Iarlaith O’Neill, who was asked last October to take a look at the allegations and report his findings within weeks, has recommended that further investigation is warranted into claims made by Supt David Taylor.

Mr Taylor alleged in a protected disclosure to Tánaiste and Minister for Justice Frances Fitzgerald that he was instructed by senior Garda management to to discredit whistleblower Sgt Maurice McCabe by spreading rumours about his professional and personal life.

Mr O’Neill reported to Ms Fitzgerald on December 7th. His report has not yet been published.

A spokesman for the Minister said the Department of Justice was liaising with the Office of the Attorney General about how to proceed.

He said Ms Fitzgerald is preparing proposals arising from the report with a view to submitting them to Government as soon as possible.

The Irish Times that understands Mr O’Neill recommends that further investigation of the allegations is necessary.

In response, the Government is minded to establish a statutory inquiry under the Commission of Investigation Act 2004.

It is expected such a proposal will be made to Cabinet within a matter of weeks.

The allegations centre on Supt Taylor’s allegations that he was instructed by senior members of the force, including Commissioner Nóirín O’Sullivan, to spread untruths about Mr McCabe.

Mr Taylor and Mr McCabe were asked to make disclosures to the judge, but neither were interviewed.

In her 10-page submission to Mr O’Neill, seen by The Irish Times, the commissioner denies she was involved in any such campaign against Mr McCabe.

Ms O’Sullivan said she refutes “in the strongest possible terms” any knowledge or complicity and says the claims are generalised and ambiguous.

Ms O’Sullivan insists she did not instruct any member of An Garda Síochána to disseminate any allegations about the sergeant.

She said the claims made about Mr McCabe were false, scurrilous and damaging to the force. She also insisted she was not present at any meeting where instructions or directions were given about Mr McCabe.

Ms O’Sullivan told the judge she had an unblemished disciplinary and conduct record that she prided herself on.

On Monday, the commissioner was asked on RTÉ radio whether she believed she would be vindicated by Mr O’Neill’s report. She said she was satisfied the process would establish the truth of the situation.

Ms O’Sullivan was also questioned about an internal audit of the Garda College in Templemore, which found serious financial irregularities, including public money being spent on entertainment, gifts, clubs and societies.

In one instance, the audit found that 37 per cent of the college’s laundry expenditure had nothing to do with laundry.

It also found that gardaí held directorships in Garda Sportsfield Ltd, a land-holding company which provided €100,000 to the Garda boat club from 2000-003.

The commissioner told RTÉ’s Sean O’Rourke that this was a legacy issue spanning two decades.

“What is very important is that in the internal audit report, there are a number of recommendations to bring the practice up to par with today’s practice. Those recommendations are being implemented.

“My information, what I am advised, is there is no misappropriation of money or misuse of public moneys. That is very important. It is accounting practices that by today’s standards would not be acceptable, but it does span back and they are legacy issues.”