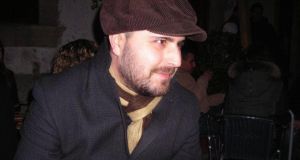 A man charged with the murder of 39-year-old Tom O’Gorman has been transferred from prison to the Central Mental Hospital.

Saverio Bellante, a 34-year-old Italian national from Palermo in Sicily, but with an address at Beechpark Avenue, Castleknock, west Dublin, was brought before Blanchardstown District Court on Monday to face the murder charge.

He was remanded in custody to Cloverhill Prison, Clondalkin, Dublin, and was due to appear before the courts again today.

At Monday’s brief appearance Judge David McHugh ordered Mr Bellante be given a medical assessment in Cloverhill. It emerged today he had been transferred to the Central Mental Hospital, Dundrum, south Dublin, for treatment.

Mr O’Gorman, a minister of the Eucharist who was involved in a number of Catholic groups and campaigns, was found dead at his home in Castleknock, west Dublin, at about 2.00am on Sunday.

He was pronounced dead at the scene at Beechpark Avenue. State Pathologist Professor Marie Cassidy later carried out a postmortem.

Mr Bellante was arrested at the scene under section 4 of the Criminal Justice Act yesterday.

When cautioned at the Garda station, Mr Bellante replied: “I am guilty”, Det Sgt Traynor told the court.

Mr Bellante sat in court wearing a black sweater and black trousers and spoke briefly during a discussion on legal representation. He represented himself at the hearing.