Ivor Bell to be prosecuted over Jean McConville murder

Part of the case against Bell based on Boston tape 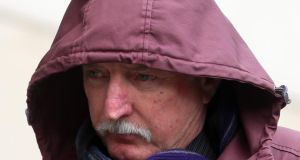 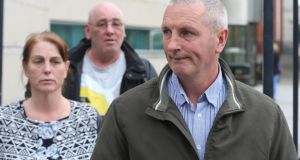 The prosecution of a veteran republican accused of involvement in the IRA murder of Belfast mother-of-10 Jean McConville is to proceed.

The confirmation by prosecutors of their intent to pursue the charges facing pensioner Ivor Bell has ended mounting uncertainty over the case.

After a number of court extensions to consider the evidence, Northern Ireland’s Public Prosecution Service (PPS) had been given a final deadline of today to indicate its intention.

A PPS lawyer has told district judge George Conner, sitting in Belfast Magistrates Court, that the prosecution would be proceeding.

“A decision has now been taken to prosecute this defendant,” he said.

Mr Bell (78), from Ramoan Gardens in west Belfast, was arrested and charged in March last year. He is charged with aiding and abetting the murder of the widow, who was abducted from her home in west Belfast in 1972.

Mr Bell is further accused of IRA membership. He denied the charges.

Wearing a dark grey shirt, Mr Bell sat impassively in the dock as the PPS confirmed the prosecution would go ahead.

Two of Ms McConville’s children, Michael and Suzanna, watched proceedings from the public gallery. Their brothers Thomas ‘Tucker’ and James were also in the court building.

“We are just glad the way it has went,” he said. “It’s in the hands of the court and police now. We are just waiting to see the outcome and will just keep an open mind until then.”

Mr Bell was released on continuing bail and ordered to come back to court in six weeks when a date will be set for a preliminary inquiry to establish whether the case will proceed to trial in the Crown Court.

While the PPS lawyer said six weeks was needed before prosecutors would be in a position to set a date due to extensive prepartory work required, Bell’s solicitor Peter Corrigan questioned the timeframe.

He said the crime was of a historic nature and his client, who has failing health, had already waited 14 months since he was charged.

“In those circumstances, bearing in mind his age and his health issues, he’s entitled to a speedy trial,” he said.

Part of the case against Mr Bell is based on a tape police secured from an oral history archive collated by Boston College in the United States.

The college interviewed a series of former paramilitaries on the understanding their accounts would remain unpublished until their deaths.

But that undertaking was rendered meaningless when the Police Service of Northern Ireland (PSNI) won a court battle in the US to secure the recordings.

During today’s brief hearing, Mr Corrigan insisted the PPS case was “not complex”.

The lawyer then questioned the quality of the Boston project, claiming those in charge of the academic endeavour at the college had conceded it was “fundamentally flawed”.

Mrs McConville was dragged from her home in the Divis flats by an IRA gang of up to 12 men and women after being accused of passing information to the British Army in Belfast — an allegation discredited by the Northern Ireland Police Ombudsman.

She was shot in the back of the head and buried 80km from her home. The IRA did not admit her murder until 1999 when information was passed to gardaí.

She became one of the “Disappeared” and it was not until August 2003 that her remains were eventually found on Shelling Hill beach, Co Louth.

No-one has been convicted of her murder.

Mr Corrigan also told Judge Conner his client maintains he was not in Belfast at the time of the crime.

“The defendant has put forward during interview at the police station an account that he wasn’t in Belfast at the material time in 1972,” he said.

“He’s requested that all logs in possession of military and police are produced to show that he was not in the city.”

Judge Conner told the PPS that a date for preliminary inquiry would have to be set on July 16th and, if the service was not in a position to do so, then a senior representative should appear in court to explain why.

The Louth TD has consistently rejected allegations made to Boston College by former republican colleagues including Brendan Hughes and Dolours Price that he had a role in ordering her death.

The PPS continues to review a file on Mr Adams. PA