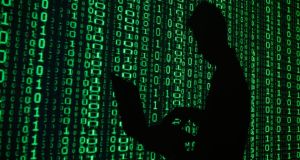 US authorities are seeking the extradition from Ireland of a 28-year-old man alleged to be involved in the distribution of on-line child pornography. Photograph: Kacper Pempel/Reuters.

Eric Eoin Marques (28) appeared before Mr Justice Paul Gilligan on foot of an extradition request by the FBI and was today put back in custody until next Thursday.

The court heard Mr Marques, who has both Irish and US citizenship was arrested on a Maryland, US, warrant that records charges of distributing and promoting child pornography on the internet.

At the High Court today, the Judge refused to grant Mr Marques, with an address at Mountjoy Square, Dublin 1, bail until the extradition request has been determined.

Mr Justice Gilligan remanded Mr Marques in custody, to a sitting of the High Court on Thursday.

The US authorities are seeking his extradition on four charges. He is charged with distributing, conspiring to distribute, and advertising child pornography.

It was also alleged he aided and abetted a conspiracy to advertise child pornography and the court heard that if convicted he faces sentences of up to 30 years in prison.

The charges relate to images on a large number of websites described as being extremely violent, graphic and depicting the rape and torture of prepubescent children.

Barrister Ronan Kennedy, counsel for the Attorney General, said Mr Marques was arrested yesterday on foot of an extradition warrant issued by a US court on Monday.

Investigating gardaí and the FBI both objected to bail being granted. It was claimed Mr Marques, whom it is alleged had travelled extensively, represented a flight risk and may try to interfere with evidence.

The court heard evidence that large sums of money had passed through Mr Marques’ bank accounts, including large payments sent to accounts in Romania.

The court also heard that a search of Mr Marques’s computer revealed he had made inquires about how to get a visa and entry into Russia. He had no previous convictions nor had he ever come to the attention of the authorities before. The FBI Special Agent referred to him as having been “anonymous.”

Mr Marques told the court he was born in the US but has lived in Ireland since he was five years of age. He said his father is Brazilian and his mother is Irish. He said he had visited Romania a few times, and had friends and an ex-girlfriend there whom he was helping out financially.

He said he was last in Romania a few weeks ago when he withdrew €6,000 from his credit card to help a friend start a business. He also told the court several weeks ago he searched on line about Russian Visa out of curiosity due to the issues surrounding former US NSA employee Edward Snowden,

Through his counsel Remy Farrell SC, Mr Marques said he would abide by any bail terms and conditions set down by the court, and had surrendered both his Irish and US passports to the gardaí.

Mr Marques was entitled to a presumption of innocence the Judge accepted the evidence he may, if released, attempt to interfere with evidence.

He also took into account factor that large sums of money had passed through his bank accounts, and that in recent weeks he had made inquiries about Russian visas.

Garda (36) was shot dead after responding to domestic violence complaint