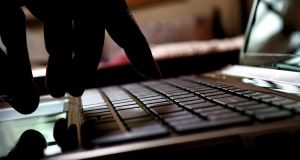 Dermot Woods will lead the National Security Analysis Centre which will appraise intelligence about risks to the State including from terrorism and cyber crime.

A new State agency that will assess national security risks will be headed by outgoing Department of Justice official Dermot Woods.

He was appointed as national security co-ordinator about three weeks ago though his appointment has not yet been formally announced.

Mr Woods will lead the National Security Analysis Centre which will appraise intelligence from the Garda and Defence Forces about risks to the State including from terrorism and cyber crime.

He will be responsible for synchronising national security strategy and is answerable to the secretary-general in the Department of An Taoiseach.

While Mr Woods has never been a member of the Garda or Defence Forces, and so has no front-line experience in intelligence gathering and assessment, he comes into the role with a significant security background.

He has led the Security and Northern Ireland division within the Department of Justice. He had been head of that division or the second-ranked official within it for about 15 years and has also worked in the European division.

One informed source said that in those postings Mr Woods established close relationships with key personnel in the Garda and Defence Forces as well as security personnel in the North, Britain and other nations.

He was a key figure in the process that resulted in the Fresh Start Agreement for the North in 2015. Mr Woods also dealt with the American authorities in introducing pre-clearance for passengers bond to the United States. It enables those passengers undergo immigration, customs and agriculture inspections before departing Ireland.

The National Security Analysis Centre is a new concept for Ireland and it emerges from recommendations made by the Commission on the Future of Policing in Ireland.

That commission was headed by former Boston police chief and former head of the Garda Síochána Inspectorate Kathleen O’Toole. In its report last September it recommended a series of reforms for the Garda and the force’s oversight bodies as well as Irish security generally.

One of its proposals was the establishment of a strategic threat analysis centre, which has now become the National Security Analysis Centre.

The commission said the centre was required because the “nature of the threat to national security has changed greatly in recent years, to include new forms of international terrorism, radicalisation of individuals, and cyber threats to critical national infrastructure”.

It added the Garda should retain its responsibilities “for security operations, including intelligence-gathering, investigations, interceptions and arrests”. However, the commission said a more structured approach was required to bring the various security agencies together, with the National Security Analysis Centre emerging from that recommendation.

The commission said of the new centre: “The office should bring together all sources of security intelligence and information – from An Garda Síochána, the Department of Justice and Equality, the National Cyber Security Centre, the Defence Forces, the Department of Foreign Affairs and Trade and any other sources – to develop and provide briefings and advice to the Taoiseach on all matters of national security.”