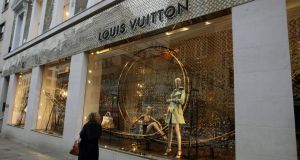 “Louis Vuitton has lost the unitary protection for the Damier pattern, which means that where it does not have national trade mark registrations for the marks, it will face difficulties in halting the activities of copycats and counterfeiters.” Photograph: by Dan Kitwood/Getty Images

In a landmark decision, the European Union’s General Court has denied Louis Vuitton the right to call the well-known Damier chequerboard pattern its own. The court’s ruling is that the design used by Louis Vuitton for 123 years is too commonplace to be monopolised by one brand-owner.

The pattern, touted by the French fashion house as an iconic brand, was designed by Louis Vuitton in 1888 and launched at the Paris World Fair in 1889. It was revolutionised in the 20th century, when Louis Vuitton Malletier, the company founded by the famous trunk-maker, introduced it as its signature brand.

In 1998, Louis Vuitton secured a community trademark (CTM) registration which granted it exclusivity throughout the European Union to use the brown and beige canvas on its handbags, purses and other accessories. The CTM gives the proprietor a single registration, which is valid in all 28 EU member states.

In 2008, when Louis Vuitton released the Damier graphite canvas in black and grey, it registered it as a separate CTM, with the result that no competitor could use an identical or similar pattern as part of its merchandise in the EU.

The following year, German retailer Nanu-Nana applied to have both Louis Vuitton’s Damier chequerboard trademarks invalidated. One of Nanu-Nana’s central arguments was the trademarks lacked distinctive character. Nanu-Nana was successful at first instance before the Office for Harmonisation in the Internal Market, the European body that regulates trade marks.

The essential function of a trademark is to act as a brand identifier which allows consumers to easily distinguish between the products of different traders. In Irish and European law, this function must be present in order to protect words, graphics, logos and sounds as a registered trademarks. This means a trademark must have a distinctive component; in limited circumstances, if it lacks the necessary distinctiveness, it may still be registered as a trademark if its owner shows it has acquired distinctiveness and taken on the characteristics of a trademark because of long-term use. Waterford Crystal is a famous case in point.

In joined cases on the validity of both chequerboard registrations, the General Court rejected Louis Vuitton’s argument the marks’ juxtaposition of a chequerboard and a weft and warp pattern was complex and diverged from the norm. The court noted the chequerboard pattern has a long-standing link with the types of goods for which it had been registered, mainly handbags and accessories. It decided both representations of pattern, when applied to the goods for which they were registered did not notably vary from the conventional presentation of similar goods created by others.

The court said the public would perceive the design as an everyday pattern. It also agreed with the findings of the earlier tribunals that the mark was one of the most basic patterns used in the sector.

Two salient lessons emerge from these decisions which are relevant to any business that relies on brand identity and value as a core asset.

The second lesson is relevant where a trademark constitutes a business’s most valuable asset; such a business should have a strategic approach to registering multiple trademarks in its core markets.

Louis Vuitton has lost the unitary protection for the Damier pattern, which means that where it does not have national trademark registrations for the marks, it will face difficulties in halting the activities of copycats and counterfeiters.

Records for Ireland and the UK show Louis Vuitton appears not to have its chequerboard mark registered as a national trademark in either state. If this absence of registrations is replicated across the EU, Louis Vuitton faces a mammoth task to prevent attrition in the value of its “signature” brand.

As in the case of liberty, when it comes to keeping one’s trademark, eternal vigilance is the price one must pay.

Jane O’Grady is a trainee solicitor at LK Shields