Woman who slipped on wet floor in Dunnes awarded €75,310 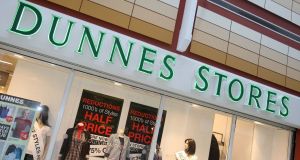 The failure by Dunnes Stores to put a mat inside the entrance to its Ennis store on a wet August day four years ago has cost the Irish retailer €75,310.

Mr Justice Anthony Barr on Thursday awarded the sum to Julie Greene, who sustained back injuries after slipping on a wet floor.

Ms Greene had just completed her shopping at 10.30am on August 15th, 2012 when she slipped on the wet floor.

In evidence, Ms Greene said the floor was made slippery by customers bringing in rain water into the premises on the soles of their feet as it was a very wet day outside.

Mr Justice Barr said Ms Green’s accident “was due to the negligence of Dunnes Stores in failing to place a mat just inside the entrance having regard to the weather conditions pertaining at the time”.

In the case at the High Court sitting in Ennis, Dunnes Stores denied liability stating that it had no record of Mrs Greene ever slipping at the location.

In his judgement, Mr Justice Barr said that he was satisfied that Ms Greene gave a truthful and accurate account of what happened. “I accept her testimony that it had been raining and she slipped due to rain water that was on the surface.”

Mr Justice Barr said he also accepted Ms Greene’s evidence that there was no mat in situ and that the incident was brought to the attention of two members of Dunnes staff who came to her aid after she fell. “That no written record was made of the incident remains a mystery,” he said.

In evidence, Ms Greene said she still experiences back pain on a fairly constant basis and she manages it with anti-inflammatory and pain killers.

She said sitting for any length of time is uncomfortable and that she can only drive for one hour and walk for one and a half hours.

Following an application from Dunnes Stores to put a stay on the award pending an appeal, Mr Justice Barr said he would grant a stay on the order provided Dunnes pay €45,000 now in damages and €20,000 towards Ms Greene’s legal costs.