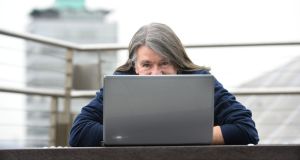 Peter Sweetman claimed the State’s decision related to the population of freshwater pearl mussels in the main river channel of the Blackwater, which flows through counties Waterford and Cork, and is a designated site of European importance. Photograph: Dara Mac Donaill / The Irish Times

An environmental activist has won a High Court order, on consent, striking down regulations removing certain protections from a rare and protected species of freshwater pearl mussel.

Peter Sweetman brought proceedings aimed at preventing any legislation or administrative act removing the freshwater pearl mussel as a “qualifying interest” from any part of the Munster Blackwater Special Area of Conservation (SAC). He also sought to quash a September 2018 Statutory Instrument made by the Minister for Culture, Heritage and the Gaeltacht, the 2018 EU Environmental Objectives (Freshwater Pearl Mussel Amendment) Regulations.

Mr Sweetman claimed the State’s decision related to the population of freshwater pearl mussels in the main river channel of the Blackwater, which flows through counties Waterford and Cork, and is a designated site of European importance.

The freshwater pearl mussel is a designated protected species, the conservation of which is of global importance given that Ireland has 43 per cent of the EU’s population of adult fresh water pearl mussels.

Mr Sweetman claimed the new regulations were flawed and breached EU directives on environmental protection, including the habitats directive. He claimed the regulations effectively removed a legal obligation to put in place certain conservation measures that lessened the chances of conserving the species.

The regulations removed certain obligations including the setting of ecological quality objectives for the entire length of the Blackwater river, he argued.

The regulations also removed obligations on emission limits values for discharges into the river, he claimed.

The action was against the Minister, Ireland and the Attorney General. The High Court had in 2018 granted Mr Sweetman, represented by solicitor Brian Harrington, permission to bring his challenge. Following discussions between the parties, it was agreed earlier this year the court could make an order quashing the statutory instrument on the basis the regulations were made in breach of the Strategic Environmental Assessment Directive.