Film and TV studios sue over illegal downloads in State 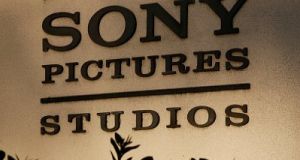 Up to 1.3 million people living in the State may be involved in illegally accessing the work of six film and TV studios via various websites, a court has heard.

The six studios, all members of the Motion Picture Association, have brought an action in the Commercial Court aimed at stopping the alleged “massive” illegal downloading of their work.

The studios claim that digital piracy is costing them hundreds of millions annually and, according to recent research, led to the loss of 500 jobs in the State in 2015 and €320 million in lost revenues.

The action, which is to be fast-tracked by the court, aims to have the ISPs block or disable access by subscribers to three “target” websites, known as “streaming” websites – movie4k.to, primewire.ag and the website currently located at onwatchseries.to

It is claimed the essential purpose of those websites is to make available infringing copyright content on a very large scale that can be, and is, accessed by subscribers of the defendant ISPs. The orders sought are similar to those previously made against the Pirate Bay and KAT websites over music downloading.

Blocking orders affecting the target websites were previously obtained by the studios in courts in the UK, Norway, Austria and Denmark. Blocking orders were also made by administrative authorities in Italy and Portugal.

In court documents, it is claimed the activities of the websites are having a detrimental effect on the studios, the film industry here and independent producers and distributors.

Jonathan Newman SC, for the studios, told the court illegal downloading of movies poses an extremely serious threat to his clients’ interests and they wanted these orders to stop the websites making thousands of movies available. The defendant ISPs adopted a neutral position on the application to fast track the case.

Conor McDonnell, solicitor for Eircom, said there was “not a lot” between his client and the plaintiffs but it wanted more time to address the matters raised.

The studios had brought negotiations to an “abrupt” end and chose “this way” of dealing with it, he added.

After counsel for another of the defendant ISPs said they were given only a brief time to consider a draft order and protocol as a means of addressing the studios concerns, Mr Newman said this “has been going on since last August”.

The studios had circulated a draft protocol to the ISPs and wanted co-operation from them, counsel said. The infringement was “massive” and of “enormous importance” to the studios.

Mr Justice Brian McGovern agreed to fast track the case, made directions for exchange of legal documents and returned the matter for further directions on February 27th.

In an affidavit, Andrew Lowe, a director of the Element group of companies involved in the motion picture industry here, said several of its award-winning films, including the Oscar-winning Room and The Lobster, What Richard Did and The Guard have been streamed on one or more of the target websites.

Element derives revenues from its content via different media, including its own online platform, Volta.ie, and also owns Dublin’s Lighthouse cinema and relies on audiences to view newly released content in cinemas, he said.

1 Cork shootings: Father and sons to be buried in two separate funerals
2 The real Contagion virus is out there and it’s causing virologists to worry
3 Children found dead in their Dublin home were murdered
4 New coronavirus variant spreading across Europe, scientists warn
5 In rural America, support for Trump is complicated by pandemic
Real news has value SUBSCRIBE