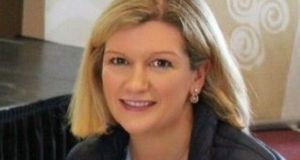 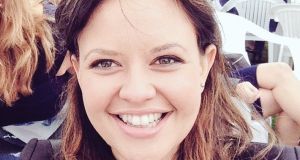 Ferne Corrigan: said she was happy with the outcome and hoped it set a precedent

A Dublin actor who threatened to send drug dealers to the home of a BBC children’s television presenter has been given an eight-month suspended sentence for a “relentless” online harassment campaign.

Judge Michael Walsh was furnished with statements detailing the online abuse of the television presenter who came face to face with her harasser during a sentence hearing at Dublin District Court on Monday.

F erne Corrigan, supported in court by relatives, was in tears at the end of the case. Commenting afterwards, she said she was happy with the outcome and hoped it set a precedent. People needed to know this type of behaviour, despite it not being face to face, was not allowed, she said.

Ms Corrigan graduated from UCD with a degree in zoology and a masters in wildlife documentary production before her successful television career.

Earlier the judge had said he wanted to consider a victim impact report and Garda statements detailing the online abuse. He also had psychological reports on Winston furnished by defence solicitor Colleen Gildernew.

Ms Gildernew asked the court on Monday to note Winston’s guilty plea and her client claims she had previously been in an abusive relationship with Ms Corrigan’s father.

Judge Walsh said the harassment merited a custodial sentence but he suspended the eight-month term in light of Winston’s issues and guilty plea.

Judge Walsh said the harassment continued from February 19th, 2016 until May 20th, 2017. He had carefully considered the facts of the case which were mainly gleaned from the statement of the complainant and the sworn evidence of Detective Sergeant Jonathan Kelly.

The accused began contacting Ms Corrigan in 2015 with serious allegations that “she colluded in domestic violence and drug dealing,” Judge Walsh said.

This continued on all forms of social media, on online forums as well as by email and WhatsApp messages.

They were calculated to cause upset and distress in Ms Corrigan’s private life and in her workplace. “The fact she targetted her workplace is a significant factor in evaluating the serious nature of the offence,” he commented.

He said he noted Winston had emailed her employer, as well as the BBC press office and CBeebies on social media.

This was most distressing and upsetting for Ms Corrigan and it became necessary for her to close her social media accounts, the judge said. “This,” he continued, “had a huge effect on her personal and working life”.

On one occasion Winston threatened to call to her the presenter’s home in Bristol “or send drug dealers there”. It led to Ms Corrigan feeling particularly anxious and vulnerable.

Judge Walsh described the harassment as an ongoing, relentless campaign of threats and intimidation for a number of years, which, he said, had “a profound impact”.

Ms Corrigan, he noted, was in the process of changing career, and the judge added that, “this was largely attributable to the actions of the accused”.

Ms Corrigan also suffered financial loss from coming to Dublin to meet investigating gardaí and had to avail of therapy to deal with stress and anxiety caused by the accused.

Most people on social media were law-abiding but there was a minority that loses sense of decency. Everyone had the right to freedom of expression but it carried responsibility and was proscribed by laws necessary to protect the rights of others, he said.

There was no justification for the grossly upsetting, shocking campaign of harassment, he told Winston who sat silently throughout the hearing.

He said the guilty plea did have value and was indicative of remorse. It also spared Ms Corrigan having to give evidence in a trial and face cross-examination.

He said he had carefully considered psychological reports on Winston that she had emotional issues, and moderate depression for which psycho-therapy has been prescribed.

Ms Gildernew, defending, had told the court were two victims in court but just one in the dock.

Judge Walsh said the defence had referred to wider issues and the fact the accused had been in a relationship with the injured party’s father. It was not for the court to comment on the nature of the relationship but to deal with the offences as charged, he said.

Specifically, he added, he was dealing with the offence and the impact it had on the victim, which he described as “quite stark”.

It merited a custodial sentence but he was suspending it on condition Winston kept the peace and did not re-offend within the next two years. She will be supervised by the Probation Service for a year to address rehabilitation and must go to counselling, he also ordered

Winston was also told she cannot have any contact with Ms Corrigan or her place of work in any way.

He instructed Detective Sergeant Kelly to monitor her and to bring the case back to court if the terms of the suspended sentence and probation order were breached.

In a statement after the case Ms Corrigan said: “The last three and a half years have been the hardest of my life. The attacks have been relentless on every media platform with Ms Winston set to destroy my personal and professional reputation.

“Employers, colleagues, friends and family were all contacted and I felt watched and vulnerable. My confidence has been shattered and it felt like it would never end.

“My case needs to be taken as an example. People hiding behind keyboards stalking and abusing – setting out to hurt others – they re no longer safe to do so. The justice system is evolving to keep everyone safe online. It was devastating and crushing and I want to thank my family and friends for helping me.

“Most of all, I want to thank Sergeant Jonathan Kelly and Irishtown gardaí for listening to be me when I thought no one else would.

Online bullying is rife and sadly it can have the worse possible consequences but for those who are victims, you can be helped.”