Girl (6) who fractured elbow after slipping outside her home awarded €43,000 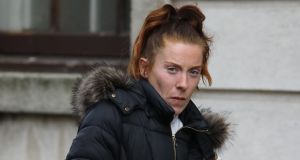 A six-year-old girl who fractured her elbow after she slipped on loose gravel outside her Dublin home has been awarded damages of €43,000 in the Circuit Civil Court.

Judge John O’Connor heard on Wednesday that Kayla Whelan of Bluebell, Dublin 12, had been crossing Bluebell Road when she slipped on loose gravel and banged her left elbow against a wall on August 4th, 2016.

Barrister Fran Rooney, counsel for the child who sued through her mother Ciara Whelan, told the court that following the accident Kayla had been taken to Our Lady’s Children’s Hospital, Crumlin. He said she had been noted to have swelling to her elbow.

Mr Rooney, who appeared with B&P Byrne Solicitors, said Kayla had been placed in a temporary back slab to immobilise her injury and had been referred to the x-ray department for imaging of her elbow.

He said the child, who sued Dublin City Council and Irish Water, had been diagnosed with a fracture to her elbow and she had been reviewed later in the day by an orthopaedic surgeon who told her she could go home for the night.

He said the orthopaedic surgeon had told the girl she had to fast for the night and to return the following morning for a theatre admission to repair her fracture. Her elbow had been repaired with k-wire fixation and she had worn a cast for six weeks.

Mr Rooney told the judge that following the removal of her cast the child had received a number of physiotherapy treatments and had been allowed to mobilise her elbow. She has since made a full recovery.