Charity seeks €2.5m in damages from fundraiser in US theft case 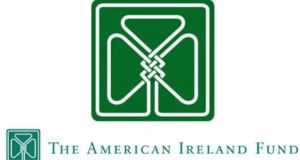 The American Ireland Fund is seeking to recover damaged of $958,000 and exemplary damages of $1.9 million against Karla Stover.

The American Ireland Fund (AIF) is seeking damages of $2.9 million (€2.5 million) against the charity’s former fundraising director in Texas, alleging theft and fraud against her in a US court case.

In a previously unreported filing submitted in a Dallas court last month, the country’s largest philanthropic organisation is seeking to recover damaged of $958,000 and exemplary damages of $1.9 million against Karla Stover, formerly the charity’s director of its Texas region.

The fund claims that it suffered damages as a result of Ms Stover creating fictitious companies and “false vendors” and charging the charity for services that were never performed or grossly overcharged.

Ms Stover, of Vitruvian Way, Addison, Texas, was responsible for soliciting donations and holding fundraisers in Texas and Colorado, acting as a liaison between the fund and its donors.

In a motion for judgment, the fund argued that the American woman refused to respond to its claims during a deposition – a recorded interview with Ms Stover conducted under oath. She pleaded her fifth-amendment right under US law choosing not to answer to protect herself against self-incrimination.

“She has also failed to offer any admissible evidence which would controvert AIF’s claims in this case. In failing to do so, Stover has essentially admitted the conduct that caused AIF substantial damages,” it claimed.

Ms Stover originally denied the fund’s allegations in filings submitted to the Dallas court, but during a full-day deposition on April 23rd she repeatedly answered: “At the advice of my attorneys, I take the fifth.”

The fund claims that Ms Stover retained her son Robert Joseph Stover Thompson, also known as R Jay Stover, to purportedly perform services and charged the fund, even though they were not performed.

It is alleged that she charged the fund for a holiday to Italy for herself, her son and two others, Raymond Ortiz and Timothy Combs, by submitting false invoices that claims the trip was for business purposes.

The fund claims she used her corporate credit card, owned by the charity, to purchase items and services for her own use and the use of her family and friends; charged the fund for $57,393 postage that was never used and which she later sold, and submitted false and altered invoices for hotel rooms, food and beverages.

It is alleged that Ms Stover created a “false vendor” known as “KD Sanders” to use the charity’s funds to pay herself or her family and friends $246,483 over 74 transactions.

The fund claims that she used two other false vendors known as Joseph Roberts or Joseph Roberts Graphics to use the charity’s funds to pay herself or her family and friends $213,228 over 61 transactions.

Another vendor known as “Brilliant Fulfillment” was allegedly used by Ms Stover to create false invoices to pay herself or family and friends $26,165 over the course of 10 transactions.

It is alleged that Ms Stover used $35,111 of the charity’s funds to pay for air fares and hotels bills for family and friends over 20 transactions.

The fund also accuses the American of spending $59,977 of the fund’s money buying items and then stealing them from a storage unit in Dallas and confiscating them for use by herself or others.

It is alleged that she sold many of these items via online retailer eBay. The items include Titleist golf balls, golf putters and American footballs signed by a Dallas Cowboy star.

The American Ireland Fund, now known as the Ireland Funds, is a philanthropic based in the US that has raised $600 million for Irish causes north and south of the Border since it was founded in 1976.