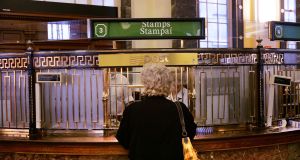 Mary Winders had a recent windfall – sort of – on the prize bonds but her good fortune left her more perplexed than anything else. “I received what I thought was a cheque but it was a bond, I contacted them to say I didn’t want to reinvest but they said it had changed the rules and the post offices had notices up and therefore there was no need to tell bondholders.”

She said An Post sent out a form which Mary filled in and returned. “I went to post offices and could find no notice displayed. If you want to receive the win you have to give your bank details – no more cheques. I have asked people but they don’t seem aware of the changes. It seems strange to me that bondholders were not notified personally of the changes and given a choice.”

We understand Mary’s confusion but it actually is a good news story of sorts and will reduce the need for people to interact with the banks in physical sense.

According to the prize bond people, prize payments by cheque were halted last February and winners now have two options. Their prizes can be automatically reinvested into new prize bonds for inclusion in future draws – as happened to Mary – or they can can be automatically paid into bondholder’s bank account as long as holders of the bonds give the organisers their bank account details. That also happened to Mary.

The mail prompted us to recap what the bonds actually are, as they are a product that often goes under the radar, which is odd given that so many of us hold them and more than 5,000 prizes are issued weekly with a €1 million prize draw taking place twice a year, in June and December. The unit price of a bond is €6.25 with a minimum purchase of four units required, at a total cost of €25.

The Prize Bond Company administers the bonds on behalf of the National Treasury Management Agency, which determines the value of the fund via the application of an interest rate to the value of outstanding prize bonds – the lower the rate, the lower the value of prizes on offer.

Unlike the lottery, which sees the vast majority of people lose money most of the time, prize bonds are a form of State savings although without any interest. At the moment, an interest rate of just 0.5 per cent is applied – down from 3 per cent in 2012 – and has been since August 2017. With a total fund of €3.4 billion, some 0.5 per cent, or about €17 million, will be paid out in prizes each year.

At the end of 2019, unclaimed prizes which had accumulated since prize bonds were established in 1957 amounted to €2.86 million. The good news is those prizes are held indefinitely until claimed by a bond holder and every prize winner is contacted at the address last registered with the Prize Bond Company.