Ambulances unable to use GPS tracking 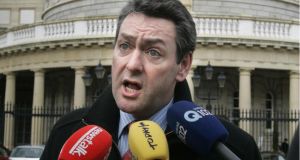 Potentially life-saving technology which can pinpoint the location of mobile phone callers to the ambulance service cannot be used because of data protection restrictions, the HSE has said.

Following the death of a three-week-old infant this week after an ambulance was despatched to the wrong county, the head of the National Ambulance Service yesterday sought to reassure the public that calls were being properly dealt with.

Robert Morton acknowledged problems with some recent calls but insisted that an efficient triage system was in place to identify the calls most in need of a quick response.

In the latest controversy involving ambulance calls, the child’s mother, a Polish woman living in Tralee, Co Kerry, called 999 last Tuesday but it took the emergency services 30 minutes to arrive after the first ambulance was mistakenly sent to a place with a similar name in Co Cork.

The HSE blamed the incident on “significant challenges in establishing the exact location of the caller” which led to the delay in help arriving.

No GPS
Asked yesterday whether the ambulance service could have used GPS technology to pinpoint the location of a caller, a HSE spokesman said, “There is no such service in Ireland.

“In relation to enabling operators to identify where a call is being made from, this cannot be done from people who phone the emergency services from mobile phones as this is precluded in Ireland by data protection legislation,” he added.

A HSE spokesman said there was no issue with the 999 emergency answering service in this case. He said the control centres in Tallaght and Ballyshannon have recently had a significant investment in new voice, data and mapping technologies.

However, this relates to the oversight of ambulance movements.

Asked whether operators had any linguistic back-up to help translate calls where necessary, he said this was an area “under development” at the new national control centre in Tallaght. The spokesman said staff were trained in interrogation techniques to ensure they can elicit information needed from the caller.

“Control staff are accustomed to dealing with callers that are upset or panicked and are trained to deal appropriately with callers and, at the same time, ensure they get the information in order to initiate a response to the call as quickly as possible,” he said.

Recent difficulties
Mr Morton acknowledged there had been difficulties in relation to some calls recently but said this was to be expected at a time when the service was in a period of transition, with new call centres opened in Tallaght and Ballyshannon.

He rejected claims that the new structures involved a loss of local knowledge of addresses and locations. While 30 years ago, local knowledge was important for finding houses, this was no longer true and it wasn’t feasible for people to know every townland in an area.

He said problems arose with pronunciation of place-names and the use of colloquial names. In some case a place might have one name on the map but people might still be using a local name for a townland. “The reality is that Ireland is full of duplicated addresses, it’s a national problem,” he told RTÉ radio yesterday.

He claimed public confidence in the service was being eroded by media reports, not all of which were accurate.

Fianna Fáil health spokesman Billy Kelleher has called on Minister for Health James Reilly to make a statement on recent developments with the national ambulance service.

Russell Knox takes an early lead after 65 in Mexico 08:06
Fauci slams UK drugs regulator for speedy approval of Pfizer vaccine 07:53
Coronavirus search: How is Covid-19 spreading in your locality? 07:45
Jackie Tyrell on corner-back evolution; Johnny Sexton back for Ireland 07:44
Brexit: Significant gaps remain as talks may continue over weekend 07:40