Laura Kennedy: Why Twitter was wrong to ban Milo Yiannopoulos

In banning the right-wing writer, Twitter – once a bastion of free expression – is in danger of collapsing under its own hypocrisy 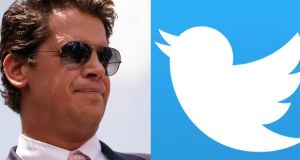 Freedom of expression has always been the best thing about social network Twitter. The freedom to express opinions, to counter arguments; the freedom to just say what you want.

However, that freedom seems to be increasingly under threat. Right-wing writer Milo Yiannopoulos was put on permanent suspension – that’s banned in plain English – on Wednesday over his role in the online abuse of Leslie Jones, the star of the recent Ghostbusters movie.

Jones was the victim of racist trolling over her role in the movie, and said in a tweet she was quitting the social network.

Historically, Twitter has been the bastion of unlimited freedom of expression. If you had a browse on there two years ago, you’d find accounts such as Dog Rates, which posts funny pictures of dogs with frankly adorable captions and a rating (mostly 11/10). You’d also find members of Isis actively tweeting about the glory of their God-ordained cause.

That’s unsettling, but providing you didn’t threaten others or actively incite those who follow you on Twitter to do so, everyone is free to hold and express whatever views they please.

When you give people this freedom, you will get Othello. You will also get the most bewildering idiocy and the most unsettling pornography you have ever seen. People will use freedom for constructive and unconstructive purposes. Provided nobody is being threatened, injured or coerced, we’ll usually concede that Othello is worth the bilge.

In the first quarter of 2016, Twitter averaged 310 million monthly active users. Globally, the social network has a tricky climate to navigate; it’s banned in China, often shut down. In European countries , it has to reconcile hate speech and blasphemy laws with America’s first amendment if the company is to portray and promote a more user-friendly, less bully-orientated environment.

In February of this year, Twitter created its safety council, inviting 40 organisations to advise it on how to ensure that people using the network can “express themselves safely and confidently”.

However, the result has been the censoring of the platform, which contravenes its original purpose. It has begun to silence people for expressing their views, albeit distasteful or discomfiting ones.

In other words, it has begun to decide for us, like the Chinese government, what we should see and read. Coincidentally, China hasn’t decided whether it will be showing the Ghostbusters film (which they’re calling Super Power Dare-to-Die Team) yet, because of its apparent witchcraft – the supernatural being “offensive” in china. Chinese censorship law sanctions against pop culture that promotes cults or superstitious beliefs. The decision on whether it will be distributed in China or banned has yet to be made.

Yiannopoulos wrote a scathing review of the film and Leslie Jones’s performance and character in the film, Patty Tolan, including his own recognisable brand of vitriolic pejorative discourse complete with personal and rather sexist comments about the cast members.

It was rude and expressed political views which are generally unpopular, but it didn’t contain any sort of threats or incitement.

Twitter is a private company and can set its own policy. It isn’t obliged to hold to the standards of unlimited freedom of expression. However, in its terms of service, it places primacy on the free exchange of ideas.

That policy is now collapsing under the weight of its own hypocrisy. There is no escape from the accusation that the people behind Twitter are drawing arbitrary political lines here.

Yiannopoulos is not being punished for writing abusive tweets. At no point in Twitter’s terms of service does it clearly define what the term abuse means, or provide any evidence that the tweets in question were in fact abusive. Yiannopoulos has been banned for inciting his followers to attack Leslie Jones in a targeted way, which he simply didn’t do.

Jones received hurtful and indefensibly racist and rude images and tweets from people on Twitter. Milo Yiannopoulos isn’t responsible for the independent actions of others, even if they should agree with some or all of his politics. He isn’t being banned for incitement, He is being punished for his politics, which incidentally I do not share, and not – as Twitter is suggesting – for his actions, which were tantamount to neither incitement nor threats.

People can be unkind. Yiannopoulos is one such often very unkind person. Yes, it’s true that he doesn’t need to be unkind. But it isn’t up to anyone other than him to determine that. Short of active incitement (which he did not commit) or threats (which he did not make), he should not be silenced.

I don’t like his perspective and often find his comments about women in particular insensitive and maybe even hurtful, but I’m not going to advocate silencing him. Distaste and hurt feelings are simply not good enough reasons to abandon the principle of freedom of expression.

I would rather be exposed to abuse online – which I already get – than have an arbitrary censor decide what I am robust enough to see.

The option exists on Twitter to mute or block those who tweet things you don’t wish to read, as it should. At least with that option we decide for ourselves what we want to see, rather than someone deciding for us.

There is no one more qualified to determine what you should read or what may cause you harm than yourself, and we should be very concerned about the motives of anyone who would volunteer to take the job on our behalf.

Ashford Castle: Eighty years old and more gorgeous than ever