'In New York I could dream bigger and achieve more' 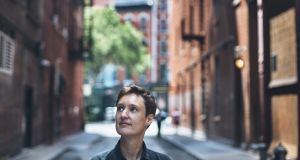 Working Abroad Q&A: Each week, Irish Times Abroad meets an Irish person working in an interesting job overseas. This week, Isabelle O’Connell, from Rathgar in Dublin, tells us about her life as a concert pianist, based in New York.

When did you leave Ireland, and what were your reasons for leaving?

I first left Ireland for post-graduate studies. I went to the Manhattan School of Music on a Fulbright scholarship and did a master’s in music in piano performance. When I had completed it, I had to return to Ireland for two years as a requirement of the scholarship.

However, opportunities were scarce back home so as soon as the two years were up, I headed back to New York where I was immediately offered two teaching positions at music schools in Manhattan. I’ve been there ever since and it has been more than 10 years now.

Have you lived/worked in other places abroad too?

I spent six months as artist-in-residence at the Banff Centre for the Arts in Canada. Having previously only lived in cities, it was quite a different experience to be working in the middle of the Rocky Mountains. It was such a rewarding experience to be surrounded by such natural beauty and to work with musicians from around the world.

What do you do in New York?

I split my time between performing and teaching. I perform as a soloist and in various ensembles and I’m on the piano faculty at Bard College in upstate New York. A large part of my work involves performing contemporary music and I really enjoy collaborating with composers and commissioning new works.

A few years ago I co-founded a six piano ensemble called Grand Band and we’ve played at various festivals and venues around the US, and we’ve toured the UK twice. I’m still trying to find a way to bring the group to Ireland.

What career path did you follow to arrive at your current position?

I began by following the traditional classical music trajectory of completing performance degrees at conservatories. As soon as I finished, I found myself being drawn more and more into the contemporary music scene. I did several festivals such as the Bang on a Can and Norfolk festivals in the US that had a profound influence. Through these I met many composers and instrumentalists interested in new music – many are friends and colleagues to this day.

Is it hard to establish a career as a pianist in New York?

There are certainly more opportunities, but there is also a lot more competition. I went from being in a class of eight at the Royal Irish Academy of Music in Dublin, where I did my undergraduate degree, to being one of at least a hundred students at the Manhattan School of Music. I found that being in NYC broadened my horizons, and as a result I could dream bigger and achieve more.

How did you get started there? Did you get a big break that opened doors for you?

In my last year in New York on the Fulbright, I won an audition and as a result I was awarded a debut recital at Carnegie Hall’s Weill Recital Hall. Then a few years later, I won another audition and got to perform in Carnegie’s Zankel auditorium with composer John Adams.

But I think rather than any one particular event or prize, it’s the cumulative result of many years of constantly working and making professional connections.

What has been your most memorable performance in New York?

There have been many: a number of my concerts at Carnegie Hall, playing at Alice Tully Hall in Lincoln Centre and the very first concert with my six piano group Grand Band, where we performed Steve Reich’s work Six Pianos at the Bang on a Can Marathon. The sound and energy of six pianos together is phenomenal and it was really special to have the composer present and receive a standing ovation at the end.

Are there any particular challenges you face in your work?

Balancing performing and teaching can be challenging at times, but I enjoy the variety in my work and I don’t think I could give up either. There is always uncertainty, not knowing where and when future gigs will come from, so forward planning is key.

What sort of visa has enabled you to work in New York?

I have an O-1 visa [granted to individuals with an extraordinary ability in the arts].

Absolutely. I’ve met musicians and composers from around the world, been invited to play at major festivals and venues that I couldn’t even have imagined had I stayed in Ireland.

What advice would you give to someone interested in pursuing a career as a musician in New York?

It’s important to have perseverance and determination. There is a sense that anything is possible here and you just have to go for it.

Are there any other Irish people in your business/social circles in New York?

Yes, a few. However one of the things I love about New York is the diversity of cultures and backgrounds.

What is it like living in New York in terms of accommodation, transport, social life and so on?

New York is a vibrant but expensive city, especially in terms of rent. The most affordable areas are in northern Manhattan and the outer boroughs, though many parts of Brooklyn have also skyrocketed in price. The subway is open 24 hours, but service has deteriorated in recent times as it is in need of a major overhaul.

I remain open to possibilities and could see myself living in a few other places outside the US. But for now I think I’d like to stay.

Not really as I’m fortunate to be able to return every few months for concerts. I’ve tried to keep up connections as much as possible. I think if I only got home once a year, I would probably miss it more.

Pianist Isabelle O'Connell will next perform in Ireland at Old St Mary's Church  in Clonmel on March 10th and in Dublin at the Hugh Lane Gallery on March 11th. More info at: www.isabelleoconnell.com

If you work in an interesting job overseas and would like to share your experience, email abroad@iristimes.com with a little information about yourself and what you do.