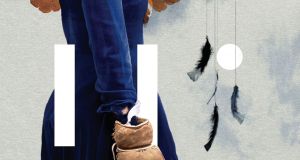 The Irish Film Board has officially announced the suite of Irish-made productions due to be released in 2018.

Among the most anticipated of the Irish productions due for release this year is Nightflyers, a television series adaption of Game of Thrones author George R R Martin’s 1980s sci-fi novella, which was filmed at Troy Studios in Limerick.

The hugely successful television adaptation of Game of Thrones for US broadcaster HBO is shot in Belfast’s Titanic Studios.

Other big releases include the animated feature Wolfwalkers by Cartoon Saloon, the company responsible for Oscar-nominated productions The Secret of Kells and Song of the Sea.

The voice of award-winning Cork actor Cillian Murphy will appear in another animated feature The Overcoat by Sean Mullen, and further works by documentary-maker Sinéad O’Shea and new director Hugh O’Conor will also debut to Irish audiences.

This year’s selection of movies and television series represents the results of €84 million in production output across 2017 and early 2018, a 58 per cent increase on the comparable figure for 2016.

More than half of the €84 million figure for 2017/18 was spent outside of Dublin, according to the Irish Film Board.

“It has already been a great start to the year with the five Oscar nominations for Irish talent this week, which keep Ireland and its talent top of mind amongst international audiences, and we also remain focused on supporting and nurturing existing and emerging creative filmmaking talent,” he added.

Last year saw a number of major productions film in Ireland, including BBC series Little Women, Into the Badlands for AMC and Star Wars: The Last Jedi.