When is a reboot not a reboot? When it’s a new version of Frasier starring Kelsey Grammer 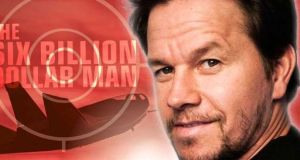 Everyone over here is talking about a possible reboot of the TV series Frasier.

Everyone over there is talking about a confirmed movie reboot of the TV series The Six Million Dollar Man.

Kristen Stewart is about to appear in a reboot of the film that rebooted Charlie’s Angels.

Is that what that is? Reboot, reboot, reboot! Is there any chance you kids could do a little less rebooting and a bit more study? Your mother’s nerves are run ragged.

First whinge first. Here we have yet another example — see also “troll” and “humblebrag” — of a newish word almost immediately stripped of its useful precision. (The older “gaslighting” has also undergone a recent dilution.)

The rumours about a “reboot” of Frasier will come to nothing. It is true that Kelsey Grammer, who played the pompous psychiatrist for 11 seasons, was spotted carrying a script bearing the show’s title.

There has been some obfuscation from the Grammer camp.  They are interested in hearing ideas. If the right notion comes along … You know the sort of thing. Kelsey could well appear in a continuation of the show.

Frasier gets a job as counsellor on a cruise ship. He returns to Boston and takes over a recently bankrupted Cheers. (Those ideas are all mine and I’ll be wanting $5 million if they appear on screen.)

Didn’t I just say the “reboot” wasn’t going to happen? Yes. Because those ideas wouldn’t meet the original definition. Travis Knight’s upcoming take on The Six Million Dollar Man — inflated to The Six Billion Dollar Man — might well merit the description. Some purists would argue that, to properly qualify, the new version would also need to be on television. But I’m going to let that one go.

A reboot is not (or was not) a continuation. The definition was always a little slippery. But it was originally taken to describe a new version of a comic, TV series or film franchise that annihilates all previous continuity and — sticking with the computer analogy — sets the fictional universe back to scratch.

In the case of film or TV, you will see actors from the original in only brief, smart-Alec cameos.

Some traditional remakes also count as reboots, but, in the good old days, such things tended to arrive decades after the original. Something different is afoot when three different cinematic takes on Spider-Man (four if you include the parallel Enter the Spider-Verse) come along within 15 years. We cannot convincingly pretend that Andrew Garfield’s Spider-Man is a phenomenon from an earlier, simpler time. Heck, I’ve still got functioning underpants from the Tobey Maguire era.

Reboots also tend to assume that the audience has some relationship with the previous version. Bradley Cooper didn’t care if you had seen Janet Gaynor, Judy Garland or Barbra Streisand in A Star is Born. The earlier three films’ reputation was not a major selling point for the recent smash. That is a remake. It is not a reboot.

By way of contrast, JJ Abrams’s Star Trek was pleading with audiences to rekindle fond feelings for the earlier series and movies. It is a reboot. It is not a remake.

Martin Campbell’s Casino Royale offers real puzzles for the reboot analyst. The James Bond films — coming before “canon” and all that Comic-Con baloney — never cared much for continuity. The actors playing 007 changed with no significant kerfuffle. (Though George Lazenby did quip “This never happened to the other fella” towards the beginning of On Her Majesty’s Secret Service.) Q and M remained in the same bodies for years, but Blofeld swapped faces more often than Tom Cruise in Mission: Impossible.

Something different did, however, happen with that 2006 movie. The tone altered with the arrival of Daniel Craig — becoming rougher and less outlandish. The freshly minted Bond was now starting out on his career of imperial thuggery. The film would be the very embodiment of the contemporary reboot were it not for the continuing presence of Judi Dench as M. What’s she doing here? One assumes she was just too good to ditch.

At any rate, the rumoured version of Frasier does not sound like a reboot. Such an entity would cast, say, Sarah Paulson in the role and send her to, say, Portland. (Once again, I will take $5 million for that). The more-or-less confirmed film of The Six Billion Dollar Man can probably trade on the R-word.

The phenomenon continues. The industry searches for new versions of old things. There is still some potential there. I’d watch a take on The Rockford Files with Elisabeth Moss as Jan Rockford and Christine Baranski as her mum.

There has long been a campaign to cast Mark Ruffalo as Columbo. His role in David Fincher’s Zodiac as decade or so — complete with flapping macintosh — looked to be an audition for any such reboot.

Oh, here’s another. What about Toby Jones or Simon Russell Beale in new versions of John Mortimer’s Rumpole of the Bailey stories?

Hang on. Would that count as a reboot? This is where we came in.