Simons Stephens’ Sea Wall is built on the awesome power of the unknown, and in Andrew Scott’s mercurial hands it will seduce and destroy you 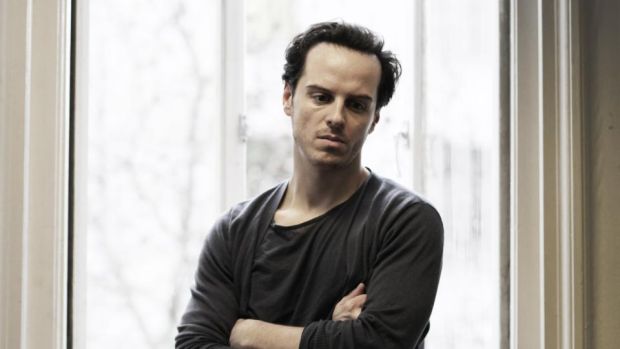 It may be best to know as little as possible before going to Sea Wall, a play that, at its most profound, is about how little we know. Yet it will spoil nothing to say that Simon Stephens’ short and perfectly-formed play from 2008 is all held in one moment, related to us by its speaker in deceptively throwaway terms.

On holiday in France, with his wife and his young daughter, Alex goes swimming with his father-in-law out to the sea wall: “This makes no sense to me at all. There’s a wall in the sea? It drops down. Hundreds of feet… I thought it was a gradual slope.” Floating over the abyss, the fall beneath “is as terrifying as anything I’ve ever seen”. It’s a small, life-changing realisation. The world can never be the same again.

Fans of the great screen actor Andrew Scott, for whom the play was written, may be alarmed to discover that he has been replaced for this out-of-term Dublin Theatre Festival presentation – at short notice and with little warning – by Andrew Scott the extraordinary stage actor. They look quite similar, but they have fantastically different methods.

The figure we meet onstage in Paines Plough’s production, on a space so bare, clean and bright it could be Peter Brook’s ideal, is loose and limber, his speech intimate and disarming. He’s a grown-up with a childlike spirit; impersonating his father-in-law, Arthur, a stiff-upper-lipped and devout retired British soldier, or holding his arms up high in impersonation of his daughter asking to be picked up. The sublime attention to detail in Scott’s performance, and director George Perrin’s instincts for how he becomes engulfed in a huge space, have a hypnotic effect. He seduces you. He disarms you. He burrows deep into your mind. He destroys you.

This is all Stephens’ fault. The picture he paints, in novelistic detail, is so masterfully wrought you might mix your metaphors in appreciation. In Alex, a photographer, we have an acute observer, sceptical and detached, whose monologue darts from wide-shot settings to extreme close-ups. In Arthur, a man of faith, forever in terse argument about the existence of a God with Alex, we have a relationship more keenly realised than even his wife and daughter, also vividly summoned.

And, for all that presence, Stephens’ play is really about absence, about nothingness, about unfathomable depths. It’s a subject that long occupied Shakespeare and Beckett, and this extraordinary performance may be worthy of them. You cannot depict nothing, but you can try to trace the void.

In every incomplete line in Sea Wall, in the hole that goes right through Alex, and in one unbearable silence, you feel the awesome power of the unknown and the unknowable. This is what we try not to talk about. This is the question God was supposed to answer. These are the terrifying depths, exquisitely realised, that lie beneath.