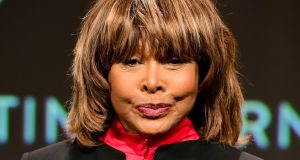 Tina Turner has revealed that her husband saved her life by donating one of his kidneys to her after she suffered kidney disease. File photograph: Ian West/PA Wire

Tina Turner has revealed that her husband saved her life by donating one of his kidneys.

The What’s Love Got To Do With It singer (78) underwent a transplant after suffering kidney disease.

In her new autobiography, serialised in the Daily Mail, the star spoke of how her heath deteriorated.

She wrote: “Erwin shocked me by saying that he wanted to give me one of his kidneys.

“I could hardly believe it then, and there are times when I still can’t believe it. I was overwhelmed by the enormity of his offer.

“When he thought about his future, he thought of me. ‘My future is our future,’ he told me.”

After the transplant, she said she felt “happy, overwhelmed and relieved that we’d come through this alive”.

Turner, who was previously married to Ike Turner, ends her autobiography – Tina Turner: My Love Story – with a plea for people to sign up to donate their own organs. – PA