The biggest disaster in the history of the music business 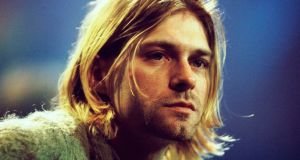 Melted master tapes: tracks by Kurt Cobain and Nirvana were among the recordings destroyed by the fire at Universal Studios in 2008. Photograph: Frank Micelotta/Getty

Eleven years ago this month a fire ripped through part of Universal Studios Hollywood. At the time the company said the blaze had destroyed the theme park’s King Kong attraction and a video vault that contained only copies of old works. But the fire also tore through an archive housing treasured audio recordings, amounting to perhaps the biggest disaster in the history of the music business.

The fire started in the early hours of June 1st, 2008. Overnight, maintenance workers had used blowtorches to repair the roof of a building on the set of New England Street, a group of colonial-style buildings used in scenes for movies and television shows. The workers followed protocol and waited for the shingles they worked on to cool, but the fire broke out soon after they left, just before 5 am.

The flames eventually reached Building 6197, known as the video vault, which housed videotapes, film reels and, crucially, a library of master sound recordings owned by Universal Music Group. Hundreds of firefighters responded to the fire. After trying to douse it with foam retardant and water from a nearby lake, emergency personnel decided to dismantle the warehouse containing the vault to more easily put out the fire.

Almost all of the master recordings stored in the vault were destroyed in the fire, including those produced by some of the most famous musicians since the 1940s. In a confidential report in 2009, Universal Music Group estimated the loss at about 500,000 song titles. The lost works most likely included masters in the Decca Records collection by Billie Holiday, Louis Armstrong, Duke Ellington, Al Jolson, Bing Crosby, Ella Fitzgerald and Judy Garland. The fire probably also claimed some of Chuck Berry’s greatest recordings, produced for Chess Records, as well as the masters of some of Aretha Franklin’s first appearances on record.

Almost of all of Buddy Holly’s masters were lost, as were most of John Coltrane’s masters in the Impulse Records collection. The fire also claimed numerous hit singles, likely including Bill Haley and His Comets’ Rock Around the Clock, Etta James’s At Last and The Kingsmen’s Louie Louie.

What are master recordings, and why do they matter?

A master recording is the one-of-a-kind original recording of a piece of music. It’s the source from which vinyl records, CDs, MP3s and all other recordings are made. Documents show that the vault contained masters dating back decades, including multitrack recordings on which individual instruments remained isolated from one another. There were also session masters, including recordings that had never been commercially released. The recordings within the vault came from some of the most important record labels of all time.

Audiophiles and audio professionals view such recordings with special regard. “A master is the truest capture of a piece of recorded music,” Adam Block, the former president of Legacy Recordings, Sony Music Entertainment’s catalogue arm, says. “Sonically, masters can be stunning in their capturing of an event in time. Every copy thereafter is a sonic step away.”

Why are we only finding about this now?

At the time, the fire made news around the world, and the vault featured heavily in that coverage. But most articles focused only on the video recordings in the archive, and, even then, news outlets largely characterised the disaster as a crisis averted.

The successful effort to play down the scope of the loss was a triumph of crisis management that involved officials working for Universal Music Group on both coasts. Those efforts were undoubtedly aimed at minimising public embarrassment, but some suggest the company was also particularly worried about a backlash from artists and artist estates whose master recordings had been destroyed.

The real extent of the loss was laid out in litigation and company documents.

How bad is the loss?

Even Universal Music Group itself – privately – viewed what happened in bleak terms: “Lost in the fire was, undoubtedly, a huge musical heritage,” reads one 2009 internal assessment. Record companies have had a troubled history with such recordings and have been known to trash them in bulk. Decades ago, employees of CBS Records reportedly took power saws to multitrack masters to sell the reels as scrap metal. In the 1970s, RCA destroyed masters by Elvis Presley in a broader purge.

Because of that history, industry professionals have long questioned how committed the major music labels are to preserving what they see as priceless artefacts. Today, most commercial recordings from the past century and beyond are controlled by only three giant record companies: Sony Music Entertainment, Warner Music Group and, of course, Universal Music Group. – New York Times

The full story of the fire appears in the New York Times, here

Collops and fíbíns: The lost language of Ireland’s landscape
6

Indelicacy: An extraordinary feminist fable about women and art
10