Awesome music from the archives 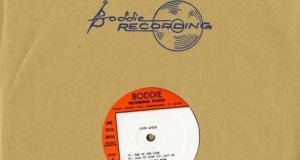 The Chicago based Numero label has been an endless source of quality reissues since its inception in 2003. The label’s focus has been to research and preserve obscure recordings by artists who found little commercial success upon their material’s initial release. The light they shine into neglected corners is an invaluable aid for seekers of the pure drop.

To trawl their extensive discography is to take a voyage of discovery through vast quantities of unheralded American soul, blues and gospel music. The Boddie Recording label in Cleveland is an example of the kind of localised enterprise which released phenomenal amounts of great music to little acclaim. The label was set up by Thomas Boddie in the early 1970s. Lou Ragland was one of Cleveland’s soul music svengalis and Boddie’s resident producers. In 1978 he discovered a group called Love Apple, comprised of Lily Pearson, Annette Warren and Aveta Henry. Unlike the prefab singing combos of the day, the three ladies swapped lead duties as the situation demanded. Ragland organised a session and six songs were recorded. Soon though, the relationship soured and the tapes lay undiscovered in the Boddie vaults until Numero intervened in 2012.

The sparse arrangements are an indication of why the recordings were never intended for release, but you get the feeling that the magic in the sound would have been hard to capture as perfectly again. It’s a joy to listen to. The sweet vocal harmonies on the funky mid-tempo ballads are utterly disarming in every way. There is something so effortless about the blend of the three-part vocal interplay and Ragland’s languid instrumentation.

This record is instructive in many ways. It’s a snapshot of soul music’s essence and an intimate lesson in how great sounds are conjured.