Norway’s top opera job is being taken up by Annilese Miskimmon. The post comes with its own dramatic history 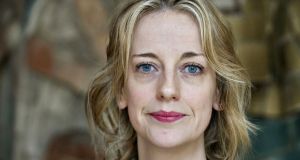 Annilese Miskimmon, above, was not the only applicant with an Irish connection who applied for the job

Belfast opera director Annilese Miskimmon has been appointed to Norway’s top opera job. She will take up her new post as opera director of Den Norske Opera and Ballet in August 2017 and will have charge of the opera productions in the Oslo opera house that cost €500 million in 2008.

Den Norske Opera seems to be no more free of controversy than opera companies elsewhere in Europe. One Norwegian newspaper that carried news of the appointment reported that the recent history of the job has been marked by personal conflicts and public laundry-washing.

Miskimmon, who was artistic director of Opera Theatre Company from 2005 to 2012, is currently general manager and artistic director of Denmark’s largest touring opera company, Aarhus’s Den Jyske Opera (although it is known in English as the Danish National Opera, it should not be confused with the much larger Royal Danish Opera in Copenhagen).

Miskimmon was not the only applicant with an Irish connection. Wide Open Opera’s Fergus Sheil, the former chief executive of Wexford Festival Opera Michael Hunt, and former Opera Theatre Company chief executive Kirsty Harris all threw their hats into the ring.

Sheil and Hunt might not have known in advance that the culture of openness in Norway means that the names of applicants for public-sector jobs are put in the public domain. In fact, there’s so much in the public domain in Nordic countries that the kind of behaviour in the community of local councillors that was documented by the recent RTÉ Investigates programme would have a very different slant in Norway.

It’s not easy from an Irish perspective to get your head around the fact that individuals’ income tax returns are a matter of public record in Norway, as they are too in Finland and Sweden. It’s fascinating to think how different so many Irish tribunals of inquiry would have been had Ireland followed the Nordic model.

A Grammy for an Oscar?

The Importance of Being EarnestJulia Wolfe

Barry is the current composer-in- residence with RTÉ. But he’s not going to be involved in next year’s new RTÉ National Symphony Orchestra initiative to encourage composers to write for orchestra. Composer Lab, a joint venture between RTÉ and the Contemporary Music Centre, is aimed at composers who have already had their work performed professionally but who have not yet written for orchestra.

The project is open to composers who are registered with the Contemporary Music Centre, and there is no age limit. The four chosen composers will be mentored by David Fennessy, and will take part in a public workshop with the RTÉ NSO under Gavin Maloney next April. There will be public performances at the NCH on Monday, May 16th. The closing date for submissions is December 22nd.

Composer Lab is a timely intervention. Whether it’s to do with the sheer difficulty of access, a reluctance to acquire the necessary skills in the face of that difficulty of access or a reorientation of musical interest, younger Irish composers are less engaged with writing for orchestra than they used to be.

Take last Sunday’s Association of Irish Composers concert at Christ Church Cathedral in Dublin. This programme was curated by Linda Buckley, who gave it the title Norður, from the Icelandic for north. Buckley has something of a grá for the Nordic countries, and has spent time in residencies on the island of Gotland in the Baltic sea between Sweden and Latvia, and in what she calls the vast countryside of Iceland.

The sounds of her chosen repertoire focused on what she calls “the timbres and combinations that I have been most inspired by over the years: female voice, cello, organ and electronics”. The performers on Sunday were Michelle O’Rourke, Kate Ellis, David Bremner and Buckley herself. No real whiff of an orchestra here, although Buckley has actually written a handful of orchestral works.

The pervading atmosphere of the evening’s music – the pieces were by John Luther Adams, David Bremner, Maurice Duruflé, Jana Winderen, Daníel Bjarnason, Jacob Kirkegaard, Conal Ryan, Jonathan Nangle, Jacob Cooper, Benjamin Britten, Garrett Sholdice and Buckley – was of vastness and timelessness, almost not of sounds themselves but of the consequences and afterlife of those sounds. Within the aura of slow-motion sensuality, the work that stood out most was Conal Ryan’s Fifth Ooze, which takes the organ into unknown regions.

Finnish on a high note

It was a hugely rewarding concert, offering music-making with a kind of ineffable rightness. The light-toned Lee got to the heart of the concerto in an undemonstrative, focused way that tied in with the unfussy but nicely detailed style that Storgårds and his players delivered throughout the evening.