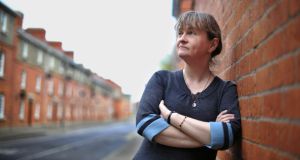 Early in Molly Fox’s Birthday the unnamed narrator, who is a playwright, contrasts her own art with that of her friend Molly, an actor. Molly, she says, “begins from the general and moves to the particular”. She herself, on the other hand, begins with mere intimations: “the creation of a character is like listening to something faint and distant. It’s like trying to remember someone one knew slightly, in passing, a very long time ago, but to remember them so that one knows them better than one knows oneself.”

There is an element of artistic self-portraiture in this: listening for the faint and distant is, for Deirdre Madden, a way of not being deafened by the insistent noise of the Troubles. She approaches the conflict, when she does so at all, through silence and loss: “Sometimes,” says the narrator of Molly Fox’s Birthday, “the most important element is an absence, a lack, a burnished space in your mind that glows and aches as you try to fill it.”

Born in 1960 into a Catholic family, Madden grew up in Toomebridge, on the shores of Lough Neagh in Co Antrim. Her father was a sand merchant and her mother a former teacher. Like the narrator of Molly Fox’s Birthday she studied English at Trinity College Dublin. She then did the creative-writing course at the University of East Anglia. She married the poet Harry Clifton and travelled widely, living for a decade in Paris before settling back in Dublin.

Madden’s childhood was lived through the Troubles, and though her work is not directly political it is deeply troubled. Violent events loom in the background, especially in her early books. In her first novel, Hidden Symptoms (1986), Theresa is trying to live on after the brutal murder of her twin brother. In her second, The Birds of the Innocent Wood, which won a Somerset Maugham Award in 1989, Jane grows up in the shadow of the sudden loss of her parents in a fire.

One of the central characters of Molly Fox’s Birthday, Andrew Forde, is a working-class Belfast Protestant whose brother was murdered in a loyalist paramilitary feud, and Andrew himself has been nearly killed by a bomb.

The narrator, recalling the moment when Andrew told her of his brother’s death, confesses that such events had become so commonplace that “One became numb to them and only became aware of the full creeping horror when, as now, there was a personal connection”.

Andrew has become an art historian. As in the work of John Banville (see the entry in this series for 2005) art often functions in Madden’s work as the focus for a yearning to transcend the pain of life and history. Inside the eponymous actor in Molly Fox’s Birthday the narrator sees “a whole magma of dark emotion that could have destroyed her but that she had controlled and made central to her art”. This could be a good description, too, of any of Madden’s novels: their power lies not in the emotion they express but in the control and transformation of powerful feeling into carefully achieved and understated art.

Molly’s dark emotion, we eventually learn, flows from her seventh birthday, when her mother left the family. And her need to deal with this trauma is quietly paralleled to Andrew’s making of a television series on memorials to the dead in which he argues for the continuing need “to redeem suffering through beauty”. His own suffering as one of the bereaved of the Troubles is not mentioned in his TV series, and the narrator suspects that “he himself was not fully convinced of the arguments he was making”.

To make an argument would be to move from the general to the particular, which Madden, in her elegant reticence, does not do. But her work, in its own restrained way, does open the possibility of redemption from the consequences of violence.