You’re Ugly Too review: two pains in the asses

Mark Noonan’s debut Irish drama is problematic but impressive, backed up by the stars’ winning two-step 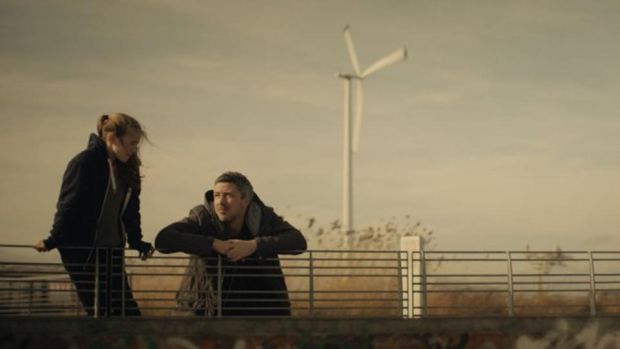 Film Title: You're Ugly Too

HHHRecently orphaned Stacey (played by Lauren Kinsella in an auspicious debut), a pre-teen spitfire, is sent to live with her estranged Uncle Will (Aidan Gillen), a convict who has been given compassionate leave for the purpose. The pair journey towards a caravan park in the Irish midlands, where they attempt to approximate domesticity.

This is not an easy arrangement, and it’s made doubly complicated by Stacey’s narcolepsy and relentless smart-mouthing, not to mention Will’s drug-taking and parental cluelessness.

Can the pair ever get along? Can Will stick to the terms of his parole? Can he at least learn to cook dinner?

Trailer: You're Ugly Too

This central relationship has enough spark to jolly along Mark Noonan’s impressive debut. Elsewhere, the devil is in the details. Away from Gillen and Kinsella’s winning two-step, You’re Ugly Too gets very problematic indeed: the improbable appearance of a poetry-reading Belgian teacher in the makeshift family’s trailer park is never explained or narratively justified.

In addition, the narcolepsy subplot makes for interesting visual tics, though its quick-fire diagnosis – no specialists, no ECGs – stretches credibility. And since when can schools refuse students on medical grounds?

Quibbles aside, this deserving winner of Best Irish First Feature at the 2015 Galway Film Fleadh has plenty to recommend it.

Noonan and cinematographer Tom Comerford do splendid work making a comparatively short car drive look and feel like an epic road trip, and David Geraghty’s score is one of the best film compositions of 2015.

Choir returns: ‘It’s the most normal thing, but it’s now such a joy’