Toni Morrison: The Pieces I Am – Paean to a masterful storyteller 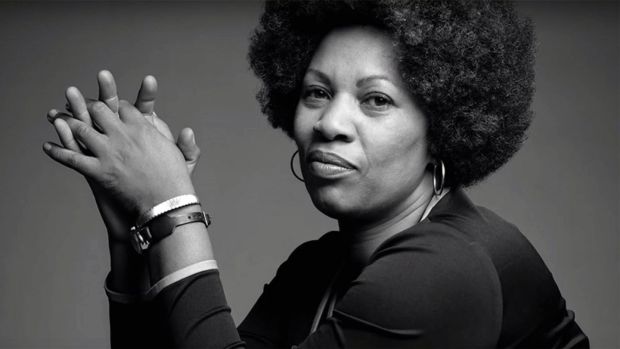 Film Title: Toni Morrison: The Pieces I Am

Toni Morrison had just celebrated her 88th birthday when this appealing documentary portrait, directed by her friend Timothy Greenfield-Sanders, premiered at Sundance last year. Rather poignantly, the film opens on this side of the Atlantic almost eight months after Morrison’s death.

The Nobel Prize-winning author, a warm, smiling presence on camera, quickly and unsurprisingly utilises her gift for storytelling. An anecdote about the young Morrison and her sister attempting to chalk a four-letter word with a pebble on to the pavement builds to the moment when their mother catches them.

She widens her eyes as she recalls that the Texas Department of Corrections banned her 1997 novel Paradise because they feared it might incite a riot: “I thought, ‘How powerful is that?’ ”

There are some fascinating autobiographical artefacts. Her grandfather reread the Bible as a “revolutionary act” at a time when it was illegal for African-Americans to be literate. An early memory of a black girl who, during childhood, prayed for blue eyes, inspired Morrison’s first book, The Bluest Eye. After she became the first editor at Random House she came to realise that “navigating a white male world was not threatening, it wasn’t even interesting: I was more interesting than they were.”

As an author she faces repeated attempts to ghettoise her work. A 1973 review of her second book, Sula, in the New York Times suggested Morrison was too talented a writer to “remain a recorder of black provincial life”. “Don’t you get sick of being called a black writer?” asks one interviewer. “I prefer it,” she laughs.

Greenfield-Sanders film is not as structurally daring as its subject, but it makes great use of archive and text alongside its talking heads. Many of the contributors, including Oprah Winfrey – who promoted Morrison’s novels through her Book Club and who starred in Jonathan Demme’s film adaptation of Morrison’s Beloved – have gathered to worship. Fair enough in the circumstances.