The Lesson review: Debt-related stress has seldom seemed so entertaining 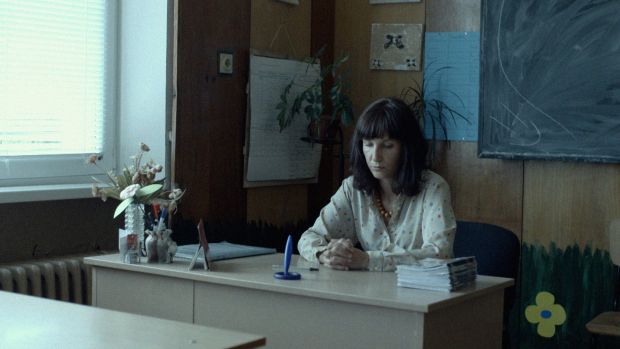 Nadezhda (Gosheva) is a hardworking English language teacher at a provincial Bulgarian town. She’s more than capable of effective school- marming, a skill set we behold when she discovers that one of her pupils has nicked a small amount of money from her purse. Her sense of propriety, alas, is matched by her husband’s fecklessness.

His shambolic attempts to repair the campervan blocking the driveway of their family home have seen him squander mortgage payments on spare parts.

When Nadezhda arrives home to discover they are days away from foreclosure, she sets off a series of nail-biting adventures and misadventures that fall somewhere between the Dardenne Brothers’ Rosetta and Run, Lola Run.

The camera is trained on the magnificent Margita Gosheva throughout the film, as she attempts to get monies owed from a dodgy English translation company and to stomach her father’s ludicrously younger girlfriend just long enough to get a loan.

Her dealings with a menacing moneylender (Stefan Denolyubov) point towards a dark Four Months, Three Weeks, Two Days style denouement. But there’s something so steely about our heroine, we’re consistently reassured that she’ll find a way, through untimely car breakdowns and moments of maddening Kafkaesque bureaucracy at the bank.

Co-writers and directors Kristina Grozeva and Petar Valchanov were inspired by a real life news story to create this extremely pleasing austerity thriller. The results are as exciting as anything yielded up by this year’s blockbuster crop.