Son of Saul: A work of high artifice from the heart of the Nazi killing machine | Cannes Review

Son of Saul is potentially the last ever Palme d’Or winner to be shot and projected with film: it would be quite the way to go 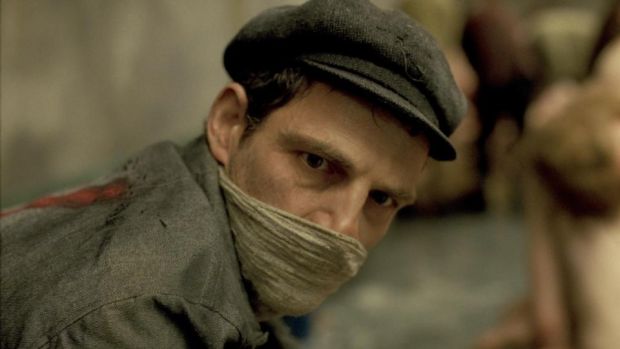 It has been some time since a debut feature in the main competition at Cannes registered with the same power as László Nemes’s breathtaking study of a tormented Sonderkommando during the last days of Auschwitz. There are sure to be dissenters.

Though Nemes has worked with the famously somnambular Bela Tarr, his first feature turns out to have the rampaging momentum of an action thriller. Those who cherish Theodor Adorno’s notion that there is “No poetry after Auschwitz” will have understandable worries about the picture. Nobody, however, can doubt the cinematic talent on display.

Nemes’s mobile camera, taste for long takes and decision to cast atrocities into the background recalls, more than Tarr, Ellen Klimov’s great Come and See. We begin with disciplined atrocity as Saul (Géza Röhrig), one of those camp inmates who turned coats for small mercies, assists in the murder of a new batch of prisoners.

One boy survives the gas chamber, but is subsequently killed by a German officer. Saul appears to recognise him as his own son and sets out to find a Rabbi to say the Kaddish over his body. While he is bribing prisoners with stolen jewellery, a rising is brewing that may save some skins until the Allies arrive.

It is the breathless dynamics of Son of Saul that really sets it apart. In the style of the Dardenne brothers, the camera bounces ahead of Saul and then allows itself to be caught up and passed out. The awful matter-of-fact nature of the killing is heightened by its frequent relegation to soft-focus background. While Saul fights to regain the tiniest semblance of moral balance, dripping bodies are being hefted on to lifts and inmates are being shot perfunctorily through the head. (We get no discussion of the Sonderkommandos’ reasoning in taking those roles, incidentally.) The decision to shoot on narrow Academy ratio adds further claustrophobia to the mayhem. All this takes place in rigorously organised long takes that must have caused logistical nightmares.

The young Hungarian director has to strike a tricky balance between verisimilitude and an acknowledgement that not even a hint of the true horror can be conveyed on screen. With the latter in mind, he has, perhaps wisely, decided not ask his actors to lose significant weight. This remains a work of high artifice.

Röhrig’s blasted face shuts us off from any significant contact with his inner trauma. He has become a worn cog in a hideous machine. Ashes must be shovelled into streams. Bodies must be stripped of valuables. It’s a superb performance, but it is one much at home to blankness.

One more technical oddity should be noted. Not only was Son of Saul shot on film, but, here at Cannes, it was projected in that delicious old medium. Might it be the last ever Palme d’Or winner presented in that form? It’s not out of the question.