How Kevin Macdonald found his fallout girl in Saoirse Ronan

At first, Oscar-winner Kevin Macdonald had doubts about casting Saoirse Ronan in the nuclear romance How I Live Now, but he quickly revised his opinion – “She’s the finest actor I have ever worked with” 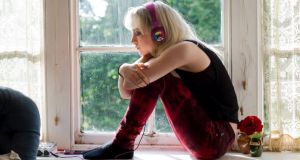 Saoirse Ronan in How I Live Now 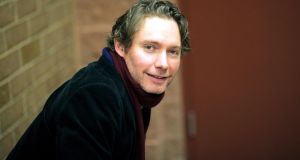 The most haunting visions of England often involve contributions from outsiders. Emeric Pressburger, Hungarian-born producer, writer and director, helped Michael Powell construct peculiar idylls in A Matter of Life and Death, The Life and Death of Colonel Blimp and A Canterbury Tale.

Now, the great man’s grandson, Kevin Macdonald, has produced another, hypnotic version of England in his adaption of Meg Rosoff’s How I Live Now. Okay, born and raised in Scotland, Kevin is not as much an outsider as grandad Emeric (or the Bostonian Ms Rosoff). But the depiction of rural England in the film – which details the lead up to and aftermath of a nuclear attack – trades in levels of romance that would cause most pure natives to balk. Leaves brush fecund ponds. Farmhouses crumble. Sandy Denny warbles on the soundtrack.

“Yes. We are looking back to the strength of English pastoralism,” Macdonald says. “Musically, what expressed that was Nick Drake and Fairport Convention. I set all that up just to shatter it. It seems to be about an American brat who is transformed by being there. But the second half of the film annihilates all that. Audiences may be divided into those who prefer the first half and those who prefer the second.”

The “American brat” is our own Saoirse Ronan. Shortly after arriving from New York to stay with cousins in a distressed country house, young Daisy falls for a sombrely charismatic local boy. Then war comes to undermine their relationship. I trust Kevin has something nice to say about Saoirse.

“We originally wanted an unknown and an American, but we just couldn’t find anybody,” he ponders. “Eventually I was persuaded to let her read and I immediately realised what an idiot I’d been. I was blown away. She’s the finest actor I have ever worked with: old, young, male, female.”

Steady on there. In the years since he established himself with the documentaries One Day in September and Touching the Void, Macdonald has worked with Helen Mirren, Russell Crowe, Jamie Bell and Donald Sutherland. Heck, he directed Forest Whitaker to an Oscar in The Last King of Scotland.

“She has something quite unique,” he continues. “She can express emotion nonverbally in an amazing way. She is also a delightfully mature person who has grown up in the industry and knows how to behave. She is a laugh on set. But she can always turn on that emotion when required.”

A softly spoken gentleman, who wears his 45 years lightly, Macdonald can now count himself part of a developing dynasty. Not only was his grandad a legend, but his older brother, Andrew Macdonald, is one the UK’s busiest producers. Trainspotting, Never Let Me Go and 28 Days Later are all on Andrew’s CV. It’s easy to assume that Kevin was destined to take this route. Do not forget, however, that Powell and Pressburger’s reputation had slumped by the 1970s.

“No, it was not inevitable,” he says. “My grandfather had been out of the industry and, indeed, had been a pariah for many years. He’d done nothing for ages. I think my brother always wanted to be a film producer. He was more directly inspired.”

Kevin originally wanted to be a writer and came to the family business while researching a biography of Pressburger. As he learnt more about film history, the urge to get behind the camera became irresistible. He shot documentaries on directors Howards Hawks and Donald Cammell. Then, in 2000, One Day in September, his study of the Munich Olympics massacre, became a breakthrough hit and secured him an Academy Award.

“Then I made Touching the Void and realised that I actually rather liked working with actors. So, I have had a foot in both camps ever since,” he says.

This is an interesting comment. He suggests that he came into dramatic film-making by accident. He was happy with his documentaries until – while trying to tell the story of a disastrous mountain ascent in Touching the Void – he was forced into using actors.

“Oh yes. I really was quite puritanical about that,” he says. “I went through a period of not watching fiction. Working with actors was a different kind of film-making. I grabbed that opportunity. But I had never shot a frame of proper drama before I did The Last King of Scotland. I had never done a full scene.”

With an Oscar in his pocket for One Day in September (and a Bafta for Touching the Void), Macdonald did not find it too difficult to set up The Last King of Scotland. The study of Idi Amin’s tyrannical rule of Uganda won yet more acclaim. Macdonald has not, however, had such an easy time of it since. Indeed, he believes that the mild underperformance of State of Play, a slick conspiracy thriller starring Russell Crowe and Rachel McAdams, has had a hand in changing how Hollywood does its business.

“That film was made at a difficult point,” he says with a wry laugh. “That was a breaking point for Hollywood. It was made very expensively. It did okay. But it just cost so much. It shouldn’t have done. It was 2008. Big movie stars were still paid a lot of money. The stars and the producers all cost so much. Now, they would make it for about half that amount and it would probably be made independently.”

Have things changed that much in just five years?

“Yes. It’s all changed in just that time.”

With all this in mind, Macdonald was keen on making How I Live Now on a reasonably disciplined budget. That imposes restraints. But, with fewer investors looking over your shoulder, there is also greater freedom.

“You have less risk around. People aren’t frightened that they are going to lose their shirts,” he says.

Now, he is back in risky territory. As we speak, Macdonald is shooting a submarine picture called Black Sea in Pinewood Studios. Jude Law and Scoot McNairy star.

“It’s going well. The submarine genre is category with all its own rules,” he says. “But shooting on water is famously tough.”

Have trust in those genes, Kevin. Trust the genes. ‘