Review: A murder ballad that meanders toward a sudden and sadly ill-fitting end 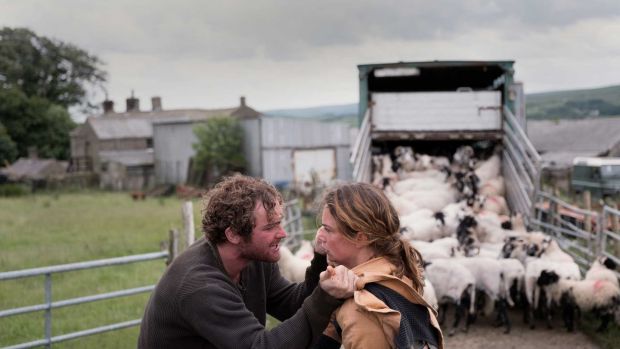 There must be something in the ley lines. Following in the muddy footsteps of Hope Dickson Leach’s The Levelling and Francis Lee’s God’s Own Country, Clio Barnard’s third feature is the latest cinematic trip to rural Britain, where familial dysfunction and agricultural hardships make for unspoken grievances and domestic drama.

Dark River is never as compelling as these other films in the burgeoning farming subgenre, nor is it as powerful as Barnard’s previous features, The Arbor and The Selfish Giant.

It is, nonetheless, an impressive murder ballad.

In this spirit, a PJ Harvey rendition of the English folk song An Acre of Land ushers in Dark River’s almost-gothic treatment of sexual abuse.

Alice (Ruth Wilson) is an unsettled young woman who has spent the past 15 years as a migrant labourer and sheep shearer. Following the death of her father, she returns to Yorkshire and the ramshackle family farm she grew up on, hoping to claim tenancy. Her drunken, angry brother Joe (Mark Stanley), understandably, has no intention of giving up the business he is plainly running into the ground.

Flashbacks to the siblings’ teenage years hint at past traumas, as does Alice’s tendency to see her late father (Sean Bean), in unwelcome Proustian rushes, everywhere she looks. Brother and sister bicker and eventually come to blows over farming methods (and the dog and the silage and just about anything) in lieu of the dark family history they dare not discuss.

Adriano Goldman, the DOP for Netflix’s The Crown, finds murky shades to offset the grim family predicament. Wilson and Stanley are storms of resentment and damage. You can’t fault their performances or the general technical excellent. But the film’s intense focus on their pain makes for underdeveloped secondary characters and subplots, and a film that meanders toward a sudden and sadly ill-fitting denouement.