A guide to who’s who in the Irish design world 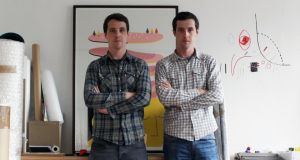 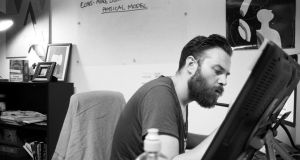 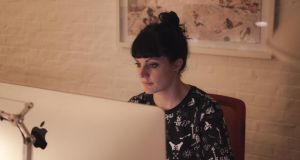 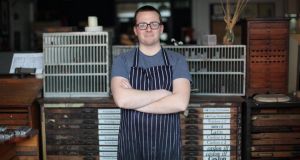 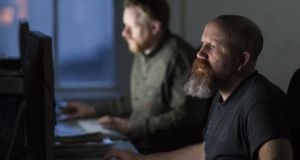 We eat off it, sleep in it, wear it, sit on it and work with it. When we’re sick it is part of the apparatus of making us well again and it’s impossible to imagine our lives without it.

Design matters, but apart from high-end choices – fabulous clothes, marvellous ceramics, bespoke pieces of furniture – we often only notice design when it gets in the way.

From tricky buttons on hard-to-hold consoles to saucepans where the handles heat up, to chairs that are just the wrong height and typefaces that boggle the eyes – bad design makes life scratchy and difficult.

Here’s our Who’s Who round up of just some of the people shaping our lives for the better. It doesn’t have the sexiest name in the world, but industrial design is at the heart of making our lives easier, and sometimes, as in the case of medical equipment design, it is, literally, lifesaving.

So a big thanks to all those people who are hard at work, right now, dreaming of how to make things better.

Let’s get graphic. Posters, prints, logos, even the typeface you’re reading here has a designer behind it.

The best add something extra to the text. Beyond making it clear and legible, the really good ones can also subtly affect your point of view.

Something to bear in mind, as you read on?

Twins in real life as well as at work, the Cork-based FitzGerald brothers’ distinctive style has been flattered by a range of imitators.

The look is bold and simple, but playful and witty, and their mission to take the familiar and make it surprising has captured the imagination of curators, putting their work into art exhibitions including at TULCA 2014, the Glucksman Gallery and VISUAL Carlow. 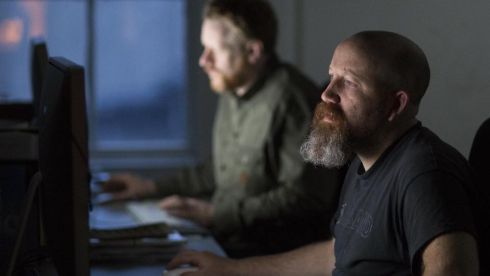 David Smith At Atelier David Smith – the go-to designers for many of Ireland’s cultural and public sector organisations –they believe that good design takes time, imagination and lots of good ideas. Artists love to work with them because they know they’ll get sensitive thoughtful design that lets the art sing. Clients include the RHA, IMMA, Hugh Lane Gallery, Pallas and Firestation Artists Studios.
atelier.ie 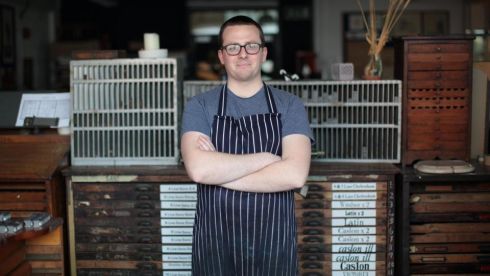 In these days of digital, Murphy proves that print matters. The medium comes into its own through Dublin-based Murphy’s beautifully designed and handset books, and also his posters, which he calls broadsides. This kind of printing “requires slowing down” he says, but then again, good words call for that kind of respect, and the results are incredibly rewarding.
thesalvagepress.com 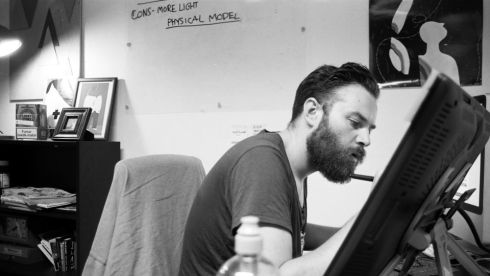 Dublin-based illustrator and designer McCarthy loves the weird and the wonderful. Surreal but accessible, and always with a sense of humour, he has worked on commercial campaigns including the Electric Picnic, Bulmers and Fáilte Ireland, as well as newspaper and magazine pieces. He illustrated the gorgeous children’s book Sally Go Round the Stars (2011), which was nominated for the Bord Gáis children’s book of the year. Watch out for Souvenir in 2015, a series of events and experiments.
mrstevemccarthy.com 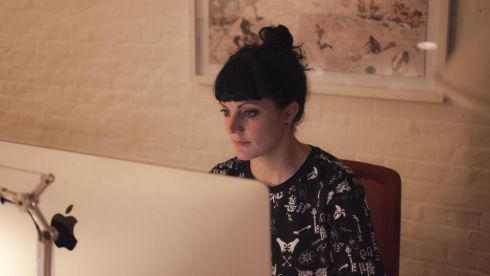 Fox started out in music and now describes herself as “a multidisciplinary designer, film-maker, printmaker, musician and part-time Canadian”. After graduating from IADT and then working with Atelier David Smith, she moved to London in 2014 to explore product design.

With such an eclectic background, expect great things. Clients include Body&Soul, Drop Everything, and the book cover of Una Mullally’s In the Name of Love was Fox’s work too.
sarahjunefox.com