As artist makes her grand return with ‘Hello Happiness’, she proves that she’s a disco diva for every era 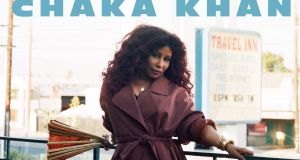 Whatever the era, Chaka Khan’s music is vital and with ‘Hello Happiness’, it’s great to know that the legend is in a good place too

“Take me back to the dance floor so I can dance away my blues. Love is what I’m here for so don’t give me no bad news.”

On her comeback and 12th studio album Hello Happiness, Chaka Khan is on a mission to make us dance and smile, something she has done for the entirety of her music career. Whether you treat her 1978 single I’m Every Woman, taken from her debut album Chaka, like a god-given anthem or wail along to Ain’t Nobody like nobody is watching (or judging), Hello Happiness finds a place alongside the classics, making her the disco-dancing, life-affirming VBF we need, no matter the decade.

The Chicago singer has been reigning supreme since the 1970s, joining the funk band Rufus in 1973 for the release of their debut eponymous album and lending her vocals to their 1974 Grammy-winning, breakthrough single Tell Me Something Good, which was written by Stevie Wonder.

With Khan, Rufus had a winning streak with six albums going platinum and their live show being greatly assisted by her larger-than-life stage persona and killer wardrobe that regularly featured fringe, fur, sequins and crop tops. But the 1970s being the 1970s, tensions were high in the group and Rufus saw members drop out with every release. Khan told the Daily Mail in 2014 that they  “were taking cocaine all day and working 12, 13, 14 hours in the studio”.

Even though she was on a career high with the group, Khan went on to sign a solo record deal with Warner Bros Records in 1978, while remaining a member of Rufus.

But when Rufus finally called it a day in 1983, her solo career got another boost thanks to the fruits of a long-standing crush that Prince held for her. Having adored her from afar, she told Billboard in 2016 that he tricked her into a meeting in the early 1980s. “I was and still am very good friends with Sly Stone. He knew that, I guess, ‘cause he mimicked Sly’s voice completely. I was completely fooled. He said: ‘This is Sly; I’m down at Electric Ladyland.’ ‘Okay, I’ll be right down!’ And that’s how he got me down to the studio. I get there and there’s nobody there except for one little guy in this room with a guitar. And I said ‘Do you know where Sly is?’ He said to me, ‘Hi, I’m Prince; I called you.’ I was very pissed. And that’s how we met.”

This meeting resulted in her covering his 1979 song I Feel For You. Her version, which featured Melle Mel from Grandmaster Flash and the Furious Five, reached the number one spot in Ireland and the UK in 1984, relaunching her career for a new generation.

A star-studded and fast-paced life, Khan has battled with drink and drug addiction for most of her public life. In 2016, she entered rehab for painkiller dependence, following Prince’s death, and she credits this stint with helping her refocus her career. Hello Happiness, produced by Major Lazer member and house aficionado Switch, is more than a return to form; it’s a celebration of life and femininity. Switch’s production allows Khan to keep one foot in the old school disco and funk sounds that first brought her to prominence – and influenced generations of musicians – and one foot in the present, with the title track, Like Sugar and Don’t Cha Know easily complementing modern dancefloor gems from Lizzo or Robyn.

Whatever the era, Chaka Khan’s music is vital and with Hello Happiness (released on February 15th), it’s great to know that the legend is in a good place too.