Won’t somebody please think of the children?

YA Fiction: Yasmin Rahman’s All The Things We Never Said, Meredith Russo’s Birthday and more 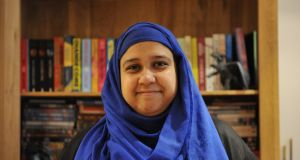 Hope is the thing with content warnings on, as Emily Dickinson didn’t say. These notes to readers at the beginning of a book, advising them that there are some topics addressed that they might find “triggering” (now please turn to the back for a list of resources) are increasingly common in young adult fiction. Apart from the use of trauma-related language (“triggering” rather than “distressing”), it’s the same kind of heads-up we give to other material all the time – soap operas, documentaries, movies. But we are, understandably, particularly sensitive to the need to protect young people.

The irony here is two-fold. First, the things young people need protecting from – climate change, poverty, terrible fashion choices – are the things they cannot be shielded from, and no line in a novel, read in context, will ever be as devastating to the soul as cruel words from a friend-turned-bully. Second, the topics we may try to protect them from in fiction are often the very things they deliberately seek out.

Debut author Yasmin Rahman devoured books about mental health issues as a teenager suffering from depression and engaging in self-harm, “becoming overwhelmed with at the notion that someone understood what was happening; someone felt the same (even if they were fictitious)”.

All The Things We Never Said (Hot Key Books, £7.99) is precisely the kind of book I would have sought out as a teenager, and the kind of book that as an adult activates my inner Helen Lovejoy (“won’t somebody please think of the children!”). The novel opens with three teenage girls all planning suicide, teamed up via a website that specializes in helping people “find a suicide partner and have a pact tailored to your needs”. (Is this perhaps a secret plot to help depressed teenagers discover the joy of living? No, they’re for real.)

What each narrator is dealing with makes for upsetting reading at times. Mehreen hides her “chaos” from a Muslim family that don’t quite “get” mental illness; Cara’s haunted by the accident that killed her father and left her in a wheelchair; Olivia’s polite, polished exterior is at odds with her fragmented inner life, represented in free verse scattered on the page. Yet to represent this pain so vividly means that the strength that emerges along with a friendship between the three – explicitly noted as a help rather than a “cure” – absolutely leaps from the page. This is a hopeful, powerful must-read.

The importance of connection is emphasised in Meredith Russo’s second novel, Birthday (Usborne, £7.99), which follows Morgan and Eric – best friends since the day they were born – across six birthdays. At thirteen, Morgan feels “a little more numb, a little more monstrous” every day, “more afraid that I’ll look in the mirror and find myself twisting into a tall, hairy man who never gets to turn back”. Eric has no idea his best friend identifies as female, although he does find himself attracted to Morgan at moments he tries to block out.

As with Rahman’s novel, there are some dark nights of the soul here – the bullying Morgan experiences leads to self-injurious behaviours of different kinds – but ultimately this is an ode to friends-turned-lovers, “invincible as long as we’re together”, and to the value of being oneself. At times the message becomes heavy-handed, and some worries simply vanish without resolution, but overall this is a solid follow-up to the award-winning If I Was Your Girl.

There are metaphorical monsters and then there are real ones; Mary Watson’s The Wickerlight (Bloomsbury, £7.99) is very much interested in the monsters that are “normal people living at a knife’s edge, poised between decent and depraved.” This, her second novel, expands the world first introduced in The Wren Hunt, where ancient Celtic magic coexists with modern technology in a small Irish town.

Zara is a newcomer to Kilshamble who wants to uncover the truth about her sister’s death; David is a warrior immersed in a centuries-old power struggle. Their attraction is like wickerlight, “when time cracks, when magic gets in”, but it is also dangerous. This is a thrilling, carefully-crafted page-turner for fans of the dark arts.

Fiction need not be ‘dark’ to have a profound emotional impact, of course. Poet Alvy Carragher’s debut novel, The Cantankerous Molly Darling (Chicken House, £7.99), casts a wry eye on modern Ireland, where the cool girls have “camogie-honed abs” and teenage attempts to create viral videos distract from the fact that the townland “is a place where cows outnumber people ten to one”.

Molly Darling doesn’t intend to get caught up in the great chicken-kidnapping scandal, but somehow she does. As the voice of reason in a family and now school gone mad, she is an endearing, clever heroine with echoes of Siobhan Parkinson and Deirdre Sullivan, and like those writers Carragher is capable of breaking your heart when we realise the emotional depth beneath the witty voice.

Similarly, the narrator of William Sutcliffe’s The Gifted, The Talented, and Me (Bloomsbury, £7.99) is a shrewd teenage boy who finds his new life at a school for the ‘gifted’ (“shouldn’t there be some kind of test,” he wonders, only to learn his parents have “made a donation”) utterly bewildering. In this “laboratory of curiosity” where “confidence is just shyness doing a handstand”, Sam’s ‘special talent’ is encouraged – he’s just not sure he has one. In fact, as his brother notes, his hidden depths are really more overt “shallows”.

This is a hugely enjoyable comedy about home and school life that nevertheless sneaks in some serious questions about the “you can be whatever you want to be!” messages many young people are given. Perhaps this title is the one that needs content warnings most of all…?