The rise of the football intellectual

Some recent books have taken a novel approach, their perspectives on the game being altogether different from those which most often define it 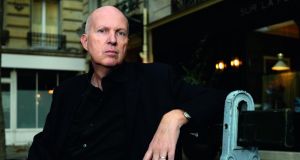 Jean Philippe Toussaint: ‘Football, while we are watching it, holds us radically at a distance from death’ 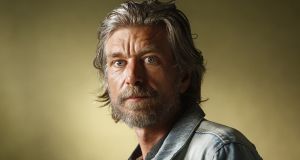 Karl Ove Knausgaard watched the 2014 World Cup in Rio at home in a small Swedish village with his wife and children, or in hotels while promoting his book, My Struggle 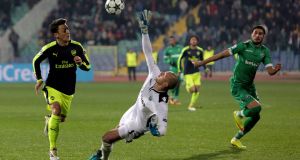 A text from a friend: “Did you see Özil’s goal last night?” Arsenal were playing the Bulgarian champions Ludogorets, and the German had scored the winning goal in the 86th minute. I hadn’t seen it. I looked it up on YouTube, and we chatted about it for a few minutes – the effortless chip over the keeper, the nonchalance of the swerve that left two players on the ground, the grace of it all.

This is, for most football fans these days, a regular occurrence. There is high-level football on television every night of the week, and the internet offers access to basically every game happening anywhere in the world at any time. If something cool happens, it’s captured and shared. I could probably watch Ludogorets play every weekend if I wanted to, but instead I watch Manchester United, a team I’ve followed since the age of five without ever having set foot in Manchester. Such is the strange mix of distance and access that constitutes football for most people these days.

The corporatisation of football, at least at the top level, has long been a fait accompli. The Premier League is a global phenomenon, fuelled by advertising money far more than the fans in the stadium – no one really argues otherwise. Football produces reams of literature; from hundreds of newspaper articles every week through to biographies, autobiographies and long meditations on tactical strategies. Some recent books have taken a novel approach, their perspectives on the game being altogether different from those which most often define it.

It would be fair to say that Football by Jean-Philippe Toussaint is more about watching football than playing it. He has no interest in formations or tactics, no concern for coaching. “Football, while we are watching it, holds us radically at a distance from death,” he writes, in a sentence which could easily have been taken from Niall Quinn’s autobiography, Head First. “I am pretending to write about football, but I am writing, as always, about the passing of time.”

This motif is taken up at greater length by Karl Ove Knausgaard, Norwegian author of modernist saga My Struggle, and Frederik Ekelund, a Swedish writer and translator, in their book Home And Away. Over a month-long series of emails, they describe their experiences of watching the 2014 World Cup in Brazil. Knausgaard watches at home in a small Swedish village with his wife and children, or in hotels while promoting My Struggle. Ekelund, a long-time fan of Brazilian football, watches the games in Rio de Janeiro, surrounded by the tournament itself. Their expectations and experiences of the tournament unfold in real time across these discursive emails. Together they explore their own memories of watching previous tournaments, their love of particular players, particular national styles of play. They mourn the crumbling of the Spanish tiki-taka empire at the hands of the Dutch, and interrogate their differing attitudes to the beautiful but cynical style of the Italians.

Knausgaard, Toussaint and Ekelund are in their 40s, 50s and 60s respectively. For these books at least, they measure out their lives in four-year periods, punctuated by World Cup tournaments. They reminisce about who they were with, what their lives were like, the players and teams they became attached to. Their relationship to the game is mostly one of observation rather than participation, and they have the freedom here to indulge in the kind of cultural stereotyping that their more refined work might not allow. Football is a space where the broad strokes of politics and culture can be accessed safely, where a certain idea of order can be placed on the world; nations can be nothing but teams – charming, industrious, skilful, wasteful or arrogant by turn. Knausgaard is the most consistent in his attempts to circumvent this, harking back regularly to totalitarian regimes and human tragedies – or, in a more prosaic way, his own family life – to contrast this innocent feeling of watching football with the reality of the world which supports it. The looseness of the emails, their direct conversational application, permits such wide-ranging speculations with only rare diversions into the simplistic or shallow.

Games Without Frontiers, a short book by Joe Kennedy, is more dedicated to the kind of reflections which Knausgaard brings up. Kennedy is a regular attendee of lower-league games across Britain, in the stands for semi-professional games played on bad pitches in worse weather. He is also a university lecturer, and his book is a successful attempt to think through the nature of football’s significance. “Football means nothing whatsoever in its own right,” he writes, “which of course makes it into the ideal vehicle for any number of superimposed meanings.”

Games Without Frontiers maps the creation and circulation of those superimposed meanings through the various levels of football culture, taking in patriarchal advertising, tactics blogs and the nationalism of the far-right along the way. His exploration is conducted mostly on hungover Saturday mornings watching Darlington or Dulwich battle it out against Bognor or Herne Bay. It’s a world away from the international games that Toussaint and Ekelund attend, but Kennedy nonetheless pinpoints how our enjoyment of the game is partly “melancholy, arranged around a sense of loss”, mirroring Toussaint’s argument.

What Kennedy is ultimately doing is attempting to reassert the human within the industrial machine that is modern football and, at the same time, to challenge the damaging connotations of “proper” football that so undermines parts of the British game. It’s a difficult move to make, but Kennedy’s writing is funny and sharp enough to make the theories underpinning his arguments appear simple to grasp. At one stage he uses a video of two dogs invading Galatasaray’s pitch in Turkey to explain the psycho-social ideas of French theorist Jacques Lacan. They became clear as day.

When it comes to the more common experience of watching football, the daily romanticisation of players and systems alongside the overblown Sky Sports Super Sunday spectacle that so many fans despise, these books provide fascinating and complex insights into the way “modern football” is manufactured and disseminated, the way it reaches into our lives and what we make of it when it’s there. From the rosy glow of remembered childhood televisions – Knausgaard makes a lovely note about the sound, just the sound, of a World Cup game on television on a summer evening – through to the semi-political assemblies of lower league away days, football means something to almost everybody.

For all its tribal allegiances, in a world where culture and politics have splintered into ever more segregated niches, there is undoubtedly something non-denominational about football. It can be, as Toussaint writes, “the fine thread that still connects me to the world”. For 90 minutes at least, a huge swathe of people are doing essentially the same thing. The players, the goals, the triumphs and the failures, they all become things held in common.

What these books do is important because they think about football as a part of life, not as some specialist endeavour which needs whiteboards and high-paid ex-pro analysts to explain. You don’t need to be a tactics obsessive, or a season-ticket holder. They show how football, in the end, is more than a game precisely because it is just a game – anyone can join in.